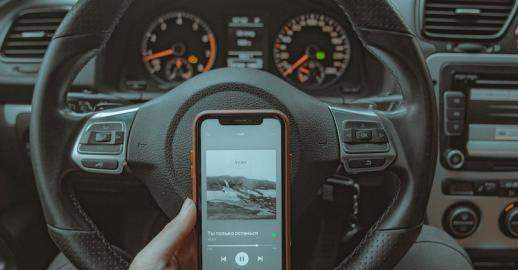 The government is consulting about making mobile phone and driving laws tougher to make it an offence not just to make and receive calls, but to play games, take photographs and scroll through music on your phone while driving. We'll explain the laws as they stand now and how they might change in 2021, and answer some common questions surrounding driving and using a mobile phone.

Last year, Transport Secretary Grant Shapps said that an urgent review will be carried out to tighten up the existing laws on handheld mobile use by motorists. Then in October, new legislation stated that ‘all handheld mobile activity while driving is illegal’. This means that motorists will face a £200 fine and six points on their license if they are even caught touching their phone when behind the wheel.

At present, while it's a criminal offence to make handheld calls or send texts while driving, there is currently no law against using mobiles in other ways. This is because these acts, such as taking photos or videos, aren't viewed as “interactive communication”.

But to put the severity of this issue in perspective, in 2019 there were 637 casualties on Britain's roads, including 18 deaths and 135 serious injuries, in crashes where a driver using a mobile was a contributory factor.

Statistics like this have forced some change, as did the case of Ramsey Barreto successfully appealing against a conviction for filming the scene of a crash while driving after his lawyers argued the rules only relate to using a phone for "interactive communication". The government was pushed to act to ensure that the legal loophole enabling drivers to escape prosecution for using a mobile to film or take photos was closed. The ruling led two High Court judges to criticise the 16-year-old law on using mobile phones, which they said had failed to evolve with the rise of smartphones.

The Department for Transport (DfT) then decided to revise the legislation so that any driver caught using a handheld phone behind the wheel can be prosecuted whether they are texting, taking photos, browsing the internet or scrolling through a music playlist.

Roads minister Baroness Charlotte Vere, who announced these plans, stated that “Our roads are some of the safest in the world, but we want to make sure they’re safer still by bringing the law into the 21st century."

Can You Use A Mobile Phone While Driving?

It has been illegal to touch a mobile phone - even with a hands-free kit - while driving since 2003. You can only use a handheld phone if you are safely parked or need to call 999 or 112 in an emergency and it is unsafe or impractical to stop.

The law applies even if you are stopped at traffic lights or queuing in traffic as your engine is still running.

Drivers can use their mobiles for contactless payments if a vehicle is stationary at a drive-thru takeaway.

What Happens If You're Caught Using A Mobile While Driving?

The fines for using your phone while driving is now set at £200. If caught, you will receive six penalty points on your licence too.
You will also lose your driving licence if you passed your test in the last two years. A conviction will mean your licence being revoked, so you would have to retake both your theory and practical test.

Is It Illegal To Use Your Mobile Hands-Free?

Current law dictates that hands-free is not illegal. You can use hands-free phones, as long as you don't press any buttons. Such devices should be fully set up before you start your journey.

If the police think you’re distracted and not in control of your vehicle you could still get stopped and penalised.

However, it is important to note that while hands-free kits aren't illegal, they can still be seen as a distraction. In August 2019, the Commons Transport Select Committee said that hands-free devices carry the same risk of an accident as using a phone at the wheel.

The current laws surrounding hands-free driving can be seen on gov.uk.


Can You Use Voice Commands Such As Siri When Driving?

If you need to pick up your phone and physically interact with it, then this is illegal. But if you can access it purely by voice command then the answer to this question is similar to using your mobile hands-free.

Common sense and circumstances should dictate your actions; being vigilant and remaining focused on the road should always be your priority when driving.

Phones do more than allow us to make calls and texts, so it's only right that the law is changed to keep pace with technology.

Therefore, the closing of this loophole is very welcome and tightening up on the existing, dated laws will hopefully help to prevent reckless driving and reduce accidents on our roads.

For further information on the law and using your mobile while driving, take a look at this previous article. The most important message to take away is don’t use your mobile phone whilst you are driving, unless circumstances make it safe for you to use voice commands or hands-free.