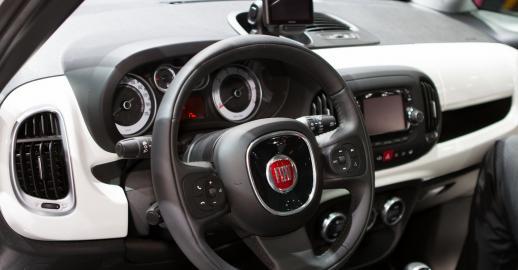 Dashboard Cameras are becoming a lot more popular in the UK of late. They are specially adapted cameras that can be mounted to the car windscreen and can record visual footage that closely reflects the position as seen from the drivers’ seat.

These devices are much more popular in other countries, particularly the USA, Japan and Russia. They have yet to become very popular in the UK and it is estimated that only 3% of drivers[1] use them. They do, however, appear to be growing in popularity (largely due to the viral response to the ‘near-miss’ videos that have been appearing online in recent weeks and months) and one area in which they may be useful is to help reduce insurance fraud.

These cameras are designed to be much more than simply a source of footage to put on Youtube. It is “early days” to see whether the insurance industry will look to use them as an effective device when looking into any motoring accidents and claims arising therefrom.

That said, whilst insurance premiums may not (as yet) reduce as a result of installing a dashcam, they could prove to be extremely useful if you were to be involved in an accident. Evidence from a camera could be supplied to an insurer and this visual evidence may help determine the outcome of a claim in the policyholder’s favour. In the event that this was the case, the resultant saving in costs to the policyholder (insurance excesses, loss of No Claims Discount etc.) would probably more than repay the initial investment in the camera. These devices could also be extremely useful in combating ‘Crash for Cash’ and ‘Flash for Cash’ insurance fraud, thus both preventing you from becoming a victim of this fraudulent activity (and perhaps providing evidence to punish the criminals who are involved in such actions).

Where the technology will go from the present moment remains to be seen. At some point in the future it may become a rating factor for insurance premiums and in the distant future insurance companies may even require them to be fitted, or they may be fitted into cars as manufacturers’ standard equipment.

The technology is becoming cheaper all the time, with certain “dashcams” now available for less than £50. Those utilising them may well recoup the cost of purchase if involved in an accident and the camera provides the evidence to show that it was a non-fault accident. Should they gain significantly in popularity and their influence start to have an effect on claims, we will no doubt see the motor insurance industry reflect their use either by financial reward or by insisting upon their fitment and use in certain circumstances.