How To Reduce Car Insurance Premiums For Young Drivers 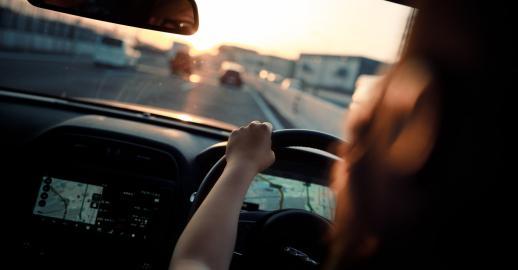 Recent research suggests that car insurance premiums have dropped by 5.5% on average in the past twelve months, with under 25s benefiting the most from an 11.9% cut in costs.

The claim that car insurance costs have decreased may come as a surprise as it is often reported that premiums are on the increase – in March 2017 it was reported that drivers under the age of 25 were expected to be hit with rises of up to £1,000, bringing the average premium to over £2,000.

However, it may be that the decrease for younger drivers is so large because this age group already pays out more on average for insurance, and there is therefore more room for these prices to be lowered. To illustrate this theory: premiums have changed at different rates across Britain depending on region, and Scotland has seen the lowest percentage change of just 0.1%, but is already the cheapest region for car insurance.

Despite the suggested decrease in costs, this age group still pays more than most for their car insurance. According to Consumer Intelligence, the average cost of insurance for drivers under 25 is £1,635, compared to £629 for those age 25-49.

Why Do Under 25s Pay More For Car Insurance?

So why does insurance for this age group tend to be more expensive than insurance for others? One reason may be that as these drivers are new and young, they have not yet had time to build up a no claims bonus. A no claims bonus, or no claims discount, is the number of years in which you have a car insurance policy and haven’t made a claim. Having a few years’ no claims could significantly reduce your insurance premiums, but naturally new drivers are unable to benefit from this.

Insurers may also see this age group as a higher risk. Accident statistics show that 25% of 18-24 year olds crash their vehicle within two years of passing their driving test. While many young drivers won’t contribute to these statistics, the numbers are higher than for other age groups, and therefore under 25s tend to pay more.

How Can Under 25s Reduce Their Car Insurance Premiums?

Under 25s may be seeing lower premiums on average because the uptake in black box technology, or telematics, has increased. However, there are many other ways in which young drivers can cut their insurance costs:

The car you drive plays a large part in calculating the cost of your insurance premiums. According to Auto Express, the cheapest cars to insure in 2018 include the Skoda Citigo 1.0, Nissan Micra 1.0, and Volkswagen Polo 1.0. Smaller city cars with less powerful engines tend to be cheaper to insure and therefore make good first cars for young drivers. However, quotes will vary depending on the insurer.

Car modifications and cheap insurance don’t go hand in hand. The more modifications your car has – except those that improve its security – the more likely your premium is to be higher. If your car does have modifications, make sure these are declared to your insurance company.

Your excess is made up of compulsory excess set by your insurer, and a voluntary excess you choose when taking out your policy. Choosing a higher excess could decrease your premiums, but don’t set your excess so high that it’s too expensive for you. Remember – if you make a claim you’ll need to pay the excess, so it needs to be an amount you would be able to afford.

Where do you  keep your car? Keeping it in a garage could make your insurance policy cheaper than if you keep your car on the road. You can also take other precautions to make your car secure, such as installing an alarm or immobiliser, which may reduce your premiums.

You may find that your premiums are cheaper if you add a named driver to your policy. For example, if your parent occasionally drives your car, adding them to your policy could make it cheaper for you. However, it’s important to be honest about who is the main driver of the car. Naming a parent as the main driver of the car when they aren’t is called fronting and this is a type of insurance fraud.

If you live with family, consider putting everyone on a multi-car policy. Two or more vehicles can be insured on this type of policy, and it can be cheaper than insuring each car individually.