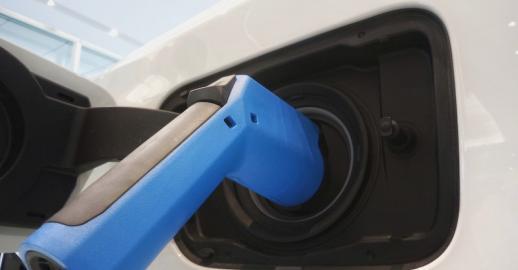 Many suggest that it would be short-sighted to think things will run as proposed regarding the ban on sales of new diesel and petrol car sales by 2030. There has now been a revised plan moving the government’s original target by ten years, which is part of a wider plan to make the UK carbon neutral by 2050.

In this article, we explore the important factors regarding the switch to electric vehicles. These include whether people want to buy electric cars; if the infrastructure will be in place for them; whether we will be able to charge our cars at our homes; and how long it will actually be until people stop buying petrol and diesel cars and we're all fully electric or hybrid.

Plans for a ban on the sale of traditional petrol and diesel cars were first announced in 2017, as part of a strategy to clean up city air and reduce the UK’s carbon footprint. The ban was meant to take effect in 2040, but the target was later brought forward to 2035. Now the target has been revised again to 2030, although some hybrids, which can propel themselves on battery power alone, will not be banned. You can find out more information about the different types of alternatively fuelled vehicles in this article.

When announcing the 2030 ban, the Prime Minister also announced that the Government would:

But what are the challenges ahead that may get in the way of the planned 2030 ban on petrol and diesel vehicles and the shift to electric?

There are many challenges that may lie ahead. These include having the right charging infrastructure in place, people’s urge to actually buy an electric vehicle and the affordability of purchasing an electric or alternatively fuelled vehicle.

In terms of affordability for buying an electric vehicle, meeting the 2030 deadline will be a challenge for the car industry. For example, in 2019, there were 2.3 million new cars registered in Britain, but only 1.6% of these were battery-powered vehicles. In 2020, sales did rise rapidly, meaning manufacturers have invested billions in new zero-emission models. But electric models are expensive to make and rely heavily on incentives to sell.
Furthermore, incentives for buying an electric model are highly important in order for the switch to electric and hybrid to be a success, as many will be thinking “how can I afford a new electric car?”

Although the running costs of owning an EV are much cheaper, many potential buyers are deterred because of the initial payout for an electric car.

As the upfront cost of an electric car is typically more expensive than a petrol or diesel equivalent, there have been incentives put in place to help make an EV purchase cheaper.

Although these incentives are promising and have likely been very helpful to some, it is arguably fair to say that electric vehicles are not yet deemed ‘affordable’ by many consumers, making the likelihood of a significant surge in purchasing an electric car unlikely. Despite manufacturers offering scrappage schemes, there is no government-backed scrappage scheme currently in place, which is likely to cast some doubt in the minds of motorists on the feasibility of the 2030 ban.

Lastly, the charging infrastructure in place to support the switch to electric vehicles is rapidly improving but is not yet near the levels it needs to be if millions of petrol and diesel cars are to be replaced by battery models each year. It’s important that the government continues to invest in developing a fast, reliable and widely available network of chargers. If this can be done, drivers should feel more at ease that they can quickly and easily charge their car, wherever they may need to.

Are We Going To Be Ready For The 2030 Petrol And Diesel Car Ban?

It is fair to say that we have a long way to go until electric vehicles are the most common type that we see on our roads.  It is likely that a successful transition to electric will depend on reassuring people that they can afford these new technologies, that the cars will deliver their mobility range needs and that people can recharge as easily as they can currently refuel.

It is important to keep a positive mindset as we aim to become a more carbon-neutral nation and to stay up to date on incentives and schemes you may be eligible for.

It is also worth doing your research on any costs that would affect you as a motorist by switching to an electric vehicle. One of these would be your car insurance. Our guide to electric car insurance covers everything you need to know when insuring your car.

No matter what car you own, it is essential that you have the right insurance so that you can have peace of mind when on the roads. Be Wiser is a great place to start to help you find the right car insurance cover for your needs, so get a quote today.