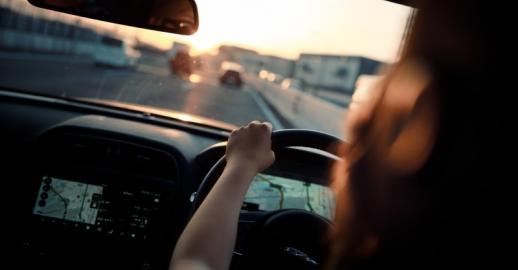 How might climate change, smart motorways and other factors change the rules of the road in 2020? A collection of laws affecting UK drivers could come into effect soon. Many of the changes relate to emissions and climate change, which is a growing issue. Furthermore, the uncertainty of Brexit throws in some complications and ever-changing car-technology also plays a role in the changes to rules and regulations of the road that motorists need to be aware of.

A Guide to Changes for Motorists in 2020

We have put together a guide consisting of the things you need to know about UK roads moving forward throughout 2020, so that you can stay up to date and within the law when driving.

When receiving an MOT, there are new defect categories for your car:

For vehicles to be placed into these categories more efficiently, some new required checks will now be included in an MOT, including:

As an aside, much of the work undertaken in the MOT is repeated in the service so the most cost-effective approach is to have both done together, mileage allowing! You can have your MOT done up to 30 days before its due date without affecting the due date of the next one (so an MOT can be valid for up to 13 months). Even if your MOT isn’t due for a while you can always have an MOT at service time and then, for most motorists, the two will be due at the same time next year and thereafter. Get the MOT done first and the garage won’t need to repeat those checks that are involved in the service schedule - saving money.

With the aim to reduce harmful emissions and improve air quality in London, a new Ultra Low Emission Zone (ULEZ) came into effect in April 2019, replacing the T-charge scheme. This need to improve air quality is a continual venture for 2020.
The majority of vehicles, including cars, motorcycles and vans, have to pay a £12.50 daily charge. This charge rises to £100 a day for heavier vehicles, such as lorries.

In April 2019, Vehicle Excise Duty (VED), which apply to all cars, rose in line with inflation. Unfortunately, this means drivers will pay £5.00 more in car tax annually.

If you own a high emission car, there will also be an added £15 on top of that charge. Additionally, owners of diesel cars which fail to meet RDE2 emissions standards (which become mandatory in 2020) will continue to pay higher tax rates.

New car buyers should also be made aware that they could face an extra charge of £65 on first year car tax from 2020 onwards.

You may already know that smart motorways are designed to allow drivers to utilise the hard shoulder during peak driving times. But the rules behind using them can be a little unclear to motorists.

Legislation has not yet been completed on this, but drivers could soon receive a fixed penalty of up to £100 and three driving license points if they drive in a lane that is closed, which is signified by a red X sign on overhead screens.

Moreover, with the conversion of many hard shoulders into running lanes on smart motorways, Highways England plans to start building more emergency refuge areas across the smart motorway network, to reduce the risk for those who may be involved in a crash or break down far from an existing refuge area. Work is said to be starting on the M25 later this year.

Intelligent Speed Assistance features will become mandatory for new cars from 2022 to increase road safety and minimise the risk of collisions. This comes under the EU’s revised General Safety Regulation, following data that showed the majority of deaths on European roads are due to speeding.

Other systems that are expected to become mandatory are safety systems that include warnings for driver distraction and drowsiness, cameras and sensors for reversing, advanced emergency braking, lane-keeping assistance and data recorders for reporting incidents.
Driving Permits and Green Cards

When the UK leaves the EU, many motorists will need new driving licenses. In 2019, the Government informed Brits that their current driving licenses will be useless on the continent in a no-deal Brexit scenario.

If we leave without a deal, Brits travelling to Europe will have to buy an international permit from the Post Office or driving agencies for £5.50. Additionally, you would be required to carry a motor insurance green card when driving in the EU and EEA. These can be obtained for your vehicle, caravan or trailer by contacting your insurance provider a month before travelling.
Parking Surcharges and New Legislation

The UK Parliament’s transport committee has been looking at the issue of pavement parking, in order to increase safety for pedestrians and reduce damage to paths. Since 1974, London has had a parking ban in place, but the rest of England could see similar legislation passed. However, it is unlikely that this will come into effect quickly due to blanket bans being strongly opposed.

In addition, a new code of practise has been led by the RAC to help protect drivers from unscrupulous parking companies. The idea is that a uniform appeal process would be implemented throughout England in 2020, as nearly 10,000 people approached the Citizens Advice Bureau for guidance in regard to parking tickets and code of practise in 2019. This new uniform law should help provide more certainty.

New drivers could face changes in 2020. The government is considering creating a graduated driving licence; a pilot scheme for recently qualified drivers is currently being tested in Northern Ireland, which could lead to new laws being rolled out in England if successful.

If you have been driving for less than two years, stronger penalties for offenses such as using your mobile phone behind the wheel are in place, but it is likely that further restrictions will be implemented.

The RAC has reported that they believe the areas likely to be focused on are:

•    Speed – Lower speed limits.
•    Engine Size – A limit to the power of the engine.
•    P Plates – They are currently optional but could be made mandatory for a set time period.
•    Alcohol – Lower limits than experienced drivers.
•    Curfews – Restriction to times when new drivers can be on the roads.
•    Passengers – A limit to the number of passengers allowed in a new drivers’ vehicle.

It has been suggested that new guidelines may be put in place across the UK to give priority pedestrians and cyclists over motorists, much like in the United States.
Namely, drivers may be encouraged to use the ‘Dutch Reach’ method to open car doors. This method entails people opening their car doors with their opposite hand when exiting, which forces you to turn and look behind and spot cyclists. Drivers may also be ordered to give way to cyclists and pedestrians when turning left.

It used to be the law that new drivers could only use the motorway once they had passed their driving test. But now, people learning to drive are now able to use motorways as part of their lessons when accompanied by an instructor with dual controls in the car. This is, however, optional and not compulsory.

This is happening so that new drivers feel less daunted going onto motorways, as they will now have had the chance to use them with an instructor there to put them at ease.

With new driving laws potentially coming into play, there could be a lot for motorists to think about – especially new motorists or those who drive in Europe. Be Wiser can help take one weight off your mind by helping you find the perfect car insurance for you. Get a quote now.