Which style of bike best suits me and my needs? 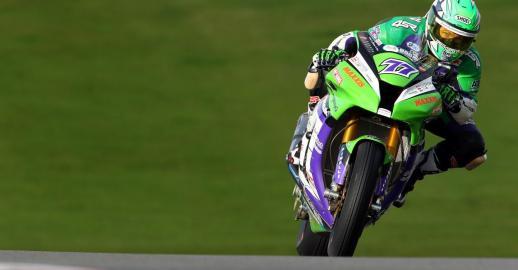 The excitement and anticipation of jumping aboard your new motorcycle can be overwhelming, often causing you to make some hasty, uneducated and sometimes regrettable decisions. Before buying any bike it’s always best to do a little research about the kinds of bikes that are available for your budget, licence category and style of riding.

Nothing will hinder your enjoyment of riding more than having the wrong bike for the job. Here we will discuss the main motorcycle categories, their uses and their individual pros and cons with the aim of helping you choose the best style of bike for you.

Scooters come in many shapes and sizes but are generally characterized as a ‘step-through, twist-and-go’. Ranging anywhere from 50cc up to 800cc there is a vast array of choice available. Scooters are popular with commuters and city goers as well as those who want the convenience of 2 wheels without becoming a “full on” biker. The ‘twist-and-go’ throttle makes learning to ride simple and the lack of gear changing means the rider can jump on without days of extensive training. Suitable for town riding and short journeys but not so good for bigger roads or extended trips. Luggage carrying capabilities are limited although most do offer some under seat storage in the form of a helmet box. Scooters are great as an alternative to a car in a busy town.

Commuter bikes seem to come and go from manufacturers ranges almost as often as the wind changes, indicating that there is a clear market for them, but not enough people see the advantages of them to keep sales figures above a sustainable level. Not always the most stylish of bikes, small capacity engine commuters are the best friend of anyone living and working in or on the outskirts of cities and large business communities.

More maneuverable than some modern scooters and with better acceleration, these bikes tend to have a manual gear change and the riding position of an upright motorcycle, they are small and compact enough to weave in and out of rush-hour traffic as you make your way to and from work. Because of their small engine size many either come learner legal or can be easily converted, therefore opening the audience to full and provisional licence holders.

These bikes are cheap and easy to maintain and running costs are minimal. Fuel economy tends to be excellent although fuel tanks can be small. You could expect to fill the tank to the brim for £12-£15 and see a return of somewhere in the region of 120-150 miles with sensible riding and a well maintained bike. Try getting that from a car on a motorway, let alone a car around town! Squeezed onto the smallest of driveways or outside your house, storage won’t be a problem as they take up little room. If however you have longer, more adventurous travel in mind then perhaps this isn’t the option for you. While they are ideal for short journeys, door to door commuting and riding around town they are not such a thrill on open highways, leisure rides or touring. With limited room for luggage and few fairings they don’t lend themselves well to spending hour after hour in the saddle.

Examples of popular commuter bikes come in the form of the Honda City Fly, Yamaha YBR125 and MT125 & Suzuki Inazum 250

Road bikes or ‘Roadsters’ as they are occasionally known can be compared in part to commuter bikes. Simple, no frills, ‘naked’ designs with good reliable mid-range engines make for a great all-rounder. Typically found in the 500-750cc size range they have a greater range of power than their smaller commuter counterparts making longer journeys and bigger roads more comfortable without compromising on the nimble, traffic filtering capabilities required by those frequently riding in towns and cities- an excellent work horse!

Usually capable of carrying a top box, road bikes add a little variety to the mix being equally at home as a daily commuter to the office as well as a day’s ride to the coast and back, but that is probably where the adventures will end. Light weight & nimble with good acceleration there is plenty of fun to be had, but you probably won’t be looking to go touring on one of these. Again, limited luggage space and a lack of rider protection may make long excursions uncomfortable.

Typical examples of some of the more popular models are Honda CBF600, Honda CB600f, Suzuki GSF 650 ‘Bandit’ & Kawasaki ER-6n. These models are also available in faired options which offer a little more protection from the elements.

Sports bike do exactly what they say on the tin. These machines are the thoroughbreds of the motorcycling world. Probably the most popular choice of bike for those looking for something for the weekend but not particularly well suited to more general every-day use. These styles are great for the thrills and spills of life in the fast lane but they can be uncomfortable and cumbersome for commuting. Very little room for a pillion on most models, let alone any luggage, this is most definitely not the choice of anyone looking to tour. However, if track days are more your thing, most manufactures now offer upgrade options to help maximize the potential for the race track. Most commonly found in 600, 750 and 1000cc options there is clearly progression within the style.

The compromise between the out-and-out sports bike and the dedicated tourers, this middle of the road alternative is based on a sports bikes shape and engine but with a little extra space onboard. With more generous pillion seats, larger fairings and taller screens these bikes provide the space and protection required for longer journeys with a little more comfort and the ability to carry modest luggage. The riding position is the same as a sports bike which is still a disadvantage on long trips but the extra protection does offer some respite. Again spanning a good range of engine sizes these bikes are a good choice of an all-rounder with an edge.

Tourers are larger capacity, upright bikes capable of carrying lots of luggage and a pillion in reasonable comfort. Designed for long distances these models often offer a range of extra including heated seats, radio/cd players, electronic suspension, trip computers and satnav. A large top box, spacious panniers and tank bag mounts mean that stowage space is rarely an issue. Larger fuel tanks allow for a greater range and more convenience when touring. Some of these machines are still surprisingly nimble around town, especially since they seem to have merged with the older ‘Trail’ style bikes. There is some crossover into the ‘Adventure bike’ range as more travelers turn to the adventure bikes for domestic use but there is still very much a place for these larger options.

The clue is in the title when it comes to adventure bikes. They are actually a merger between some of the taller road bikes, trail/Dakar bikes and some of the more svelte tourers. Taller seat height, broad off-road style foot pegs, big Motocross style wheels and slender frames give some of these bikes a look all of their own while others conform to a more traditionally appearance. Usually found with large fuel tanks and plenty of opportunity to carry luggage, their load is spread across a very stable platform. With the engine mounted low in the frame the center of gravity is kept low making the bike much easier to control especially at low speed and while standing up on the pegs. At home both on and off-road they are excellent dual-purpose machines. Whether you want to go travelling, touring, green-laning or exploring some country roads this style of bike will take you there. Tough and rugged yet agile- arguably the “all-rounder” of motorcycles.

Cruisers are an iconic image of motorcycling and a classic style that has changed very little over the last 50 years. Shining Chrome, loud exhaust, leather tassels and custom paint work all go hand-in-hand with the cruiser image. Low seat height, forward controls, and a long reach and rack are all typical features of such a machine. Ideal for long open roads and ‘cruising’, as their name suggests. Surprisingly adaptable to carry saddlebags and tail packs these bikes can be quite accommodating when used for touring. The relaxed riding position can make for a comfortable ride as long as you’ve chosen a soft tail model (hard tail options are much less forgiving!). With a whole host of aftermarket parts and accessories on the market you seldom see a ‘standard/stock’ cruiser on the road. Owners like to customize and embellish their cruisers and make them unique. Cruisers can be found right through the engine size spectrum starting at 125cc and continuing right through to a staggering 2300cc! Most commonly twin-cylinder they provide a distinctive sound and character.

True classics tend to be the stomping ground of the enthusiasts and the collectors. Typically in need of specialist care to preserve and maintain what are now fragile examples. Parts and accessories are few and far between and need to be sourced through specialist suppliers. Maintenance needs to be carried out by a garage specialized in dealing with older engine set ups and controls. Typically, anyone interested in owning a machine like this will already know others who do, be involved with a club or groups or have experience in this field.

Modern classics are on the rise. Retro throw-backs are becoming more and more popular not only with more mature riders harping back to their youth and the sorts of bikes they learnt to ride on but with younger riders excited by the retro styling which is fashionable again.

Examples of popular classic brands are: BSA, Royal Enfield and Norton. Triumph are well known for their range of modern but classically styled bikes based on some of their older and most popular models- Bonneville, Bonneville America, Thruxton & Scrambler are good examples of these.

Motocross bikes are designed for riding off-road although a considerable number of them find their way onto the road. Many are road legal and therefore permitted for use on the road but this is far from their primary function. This is more a way of being able to negotiate stretches of road between off-road trails than allowing the rider to make their daily commute. Typically smaller sized, 2-stroke engines, these light weight and agile bikes are at home in the dirt, mud and sand. Frequently used for racing these bike can be highly strung and require a lot of maintenance to keep them in good order. Engine rebuilds are a frequent necessity but fortunately not as costly as their larger road-going counterparts.

Supermoto is a relatively new style of bike in comparison to the rest of the genres we have already discussed. A cross between a road bike and motocross bike, it bridges a gap which until now was only filled by taking a MX bike with “knobbly” tyres onto the road. These machines are in essence a MX bike dressed up to look more like a road bike with the use of slightly more substantial plastics. The most noticeable difference is with the wheels- the 19” off-road rims and knobbly tyres have been swapped for more street friendly 17” rims with a road-sport tyre, they do however keep the long front forks. It remains to be seen whether these bikes will add much substance to the range of styles already available but they seem to be increasing in popularity thanks to the Supermoto race series which sees competitors race across tarmac and grass/gravel terrains in the same lap.