Your Guide To Hiring A Van 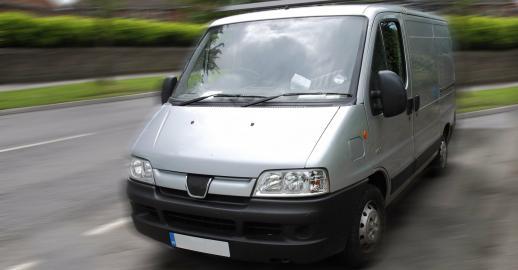 Many of us will at some point need to hire a van, to move house, transport large items, or to use temporarily instead of our regular vehicle. But what do you need to know before you turn up at your local rental firm and get behind the wheel? There is more to driving a van than meets the eye, and van drivers are often subjected to stereotyping, so what are the realities of driving a van?

Will I be Treated Like a White Van Driver?

There are more than 4 million vans on UK roads and van drivers rack up a total of 45 billion miles each year. Demand for new vans is at a record level, so it should come as no surprise that the BVRLA (British Vehicle Rental and Leasing Association) reported a 9% increase in the van fleet size among its members in 2015. So remember, you won’t be the only van on the road, nor the only one hiring a van for the first time.

It feels like there has always been a stigma attached to van drivers, or ‘white van drivers’ in the UK, suggesting that motorists who drive vans are rude, careless or inconsiderate drivers. However, a report in 2014 claimed that van drivers are actually less likely to be involved in an accident than someone driving a car. One in every 261 vans was involved in a road incident in 2013, compared to one in every 146 cars. This suggests the prejudice against van drivers is unfounded, however recent research suggests this stigma prevails – in a survey conducted in 2016, 43% of motorists named white van drivers as the most dangerous drivers on the roads, second only to ‘boy racers’.

Despite this, the UK does have a lot to thank van drivers for. The commercial vehicle sector contributes £11 billion per year to the UK economy. And vans are a vital part of modern life, as they are used by plumbers, electricians and builders repairing our houses, as well as couriers delivering our shopping and parcels, and many other services. In hiring a van, you may better understand any difficulties van drivers face on a daily basis, resulting in more courteous and peaceful future journeys.

What Kind of Van is Right for You?

Before you start looking for van hire companies, it’s important to know what to look for in a van. Here are four factors to consider when hiring a van:

How to Choose the Right Van to Hire:

The answers to these questions will dictate the size of the van you hire, and how much you pay for it.

What Size Van Should I Hire?

Vans vary in size, from small vans like the VW Caddy, to the medium sized Vauxhall Vivaro, larger Luton vans such as the Ford Transit, as well as pickups and tippers. Overestimate and you may end up paying a lot of money for a large van when a smaller one would have done the job. Underestimate and you may end up needing to make many trips, or even rehire a larger van. However, if you only have a short journey to make, it may make more sense to pay less for a smaller van and make two trips.

If you are moving heavy items, consider a van with a tailgate lift to help you with loading and unloading. If you don’t know how to use it, it is better to be shown how to do so at the rental firm, rather than to get it wrong later and find yourself in a potentially dangerous situation.

Don’t forget your passengers - how many are you taking, if any? Some vans will have two passenger seats, while smaller vans will only have one.

What Documentation do I Need to Hire a Van in the UK?

Hiring a van is fairly straight forward, but you will need the following:

When you pick up your rental van, make sure you check all the documentation carefully. Beware of signing up for any extras you might not need, and ensure you have read and understood the terms and conditions so that you are aware of what your responsibilities and rights are should you have a breakdown or accident in the vehicle.

Do Hire Vans Come with Insurance, or do I Need to Arrange my own Van Insurance?

Hire vans usually come with insurance, so check the insurance policy and make sure you understand the excess you will have to pay if the van is damaged. Some policies will only cover the driver, third parties and vehicle, and not the contents inside your van, so be aware that if you are transporting expensive items, these may not be covered in the event of an accident.

Before you drive away in your van, check it inside and outside for any damage, and check the fuel level. You’ll want to make sure you drop off the van in the same condition you received it. You will also need to know whether you should drop it off with a full tank, or with the same amount of petrol it had in before you drove it. Bear in mind that the bigger the van, the bigger the fuel tank will be, so you may need to take this into consideration when thinking about the cost of hiring the van.

Additionally, to avoid an annoying mistake – check what fuel the van takes, as you may reflexively pick up the petrol pump rather than diesel when filling up.

Make sure you know what to do in the event of an accident or if the van breaks down, and familiarise yourself with where everything is, including the fuel cap, the horn, headlights, and windscreen wipers.

Depending on how long you can use the van for, you may need to think about what time of day you pick it up, so that if you need to drop it off at the same time a few days later, you are able to drop it off at a time that is convenient for you. If you’re dropping off your van out of regular office hours, check where you should leave the keys. Dropping it off late may incur extra charges.

Things tend to move around in the back of a van, so stack properly and use straps if necessary to keep things in place. The heaviest items should be at the bottom of the pile so that everything is less likely to fall over. Spread the load evenly across the base of the van, and be careful not to overload it. Uneven loads that are too heavy can have a negative effect on a van’s stability.

Most modern vans have dashboard-mounted gear sticks like many cars, as well as smaller, lighter steering wheels than older vans, and good power steering. However, as you may expect, there are some differences in driving a van compared to driving a car. Your van may be much higher and wider than you are used to, making parking and navigating low bridges a little tricky. Don’t get caught out by the larger size, and make sure you know how high your van is. Many hire companies put a label on the dashboard showing the van’s height – most are two metres high or more.

When you park up, you will need to leave yourself enough room to unload your cargo. Are you planning on parking on the street or in a car park? Many underground or public car parks have two metre (6’6”) height restrictions, so you will need to take this into consideration.

Be careful on corners, and brake gently – the brakes can be sharp when the van is lighter or empty because they are designed for a full load. You should also adjust the wing mirrors (and your seat) so you can see behind you properly – this becomes very important when you no longer have a rear-view mirror. But don’t be too worried about not having your interior mirror – your larger wingmirrors and higher vantage point will make up for this.

If you are driving somewhere unfamiliar, it may be a good idea to work out your route in advance so you feel more comfortable with your surroundings – you don’t want the stress of driving somewhere new on top of trying to get used to a vehicle you’ve never driven before. You’ll also want to give yourself plenty of time to get to your destination, as you will be more cautious and slow during manoeuvres.