Are Electric Cars Really The Future? 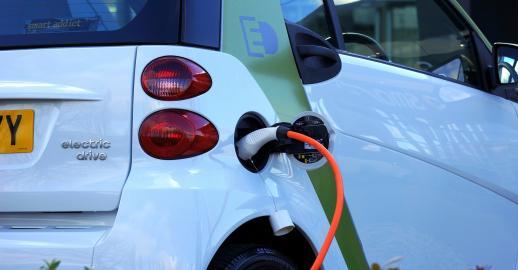 Electric cars are often touted as the answer to many of our road-related problems – including cheaper fuel, lowing overall CO2 emissions, and ensuring our air is cleaner locally. But are these vehicles really finding their place on our roads?

Electric cars have gained some popularity recently - with electric car registrations nearly doubling in the past twelve months, according to data provided by Next Green Car.

Thanks to manufacturers, motorists and the government, electric cars could have a very bright future in the UK. Campaigns such as Go Ultra Low help to promote the benefits of electric vehicles. This is a joint government and industry campaign supported by manufacturers including Audi, BMW, Kia, Mitsubishi, Nissan, Renault, Toyota and Volkswagen. It is funded by the Office for Low Emission Vehicles (OLEV). But this campaign is just one reason why the uptake of electric vehicles is on the increase.

Charging stations can now be found all over the country, and while they may still be few and far between in some areas, there has been a significant increase in their numbers over the past few years. There are now over 6,400 charging devices in the UK, at over 4,100 locations and with 11,600 connectors between them (according to Zap-Map). The total number of connectors has increased by 3,400 in the past twelve months, and the number of locations has increased by over 600. A lack of charging points may have previously been a concern for some people who are hesitant to switch to an electric car, but this data shows that important steps are being taken to make this less of an issue.

What Types Of Electric Car Charging Points Are There In The UK?

There are now four types of charging points in the UK where motorists can charge their electric vehicles:

Are Electric Cars Cheaper To Run?

Although electric cars are more expensive to buy than traditional cars, their running costs are a lot lower. Electric vehicles are exempt from road tax and are eligible for 100% discount from the London Congestion charge. To fully charge a vehicle will cost just £2-3, and will give you a range of around 100 miles. An additional bonus is that in some urban areas free parking may be offered to encourage the uptake of electric cars. Servicing and maintenance costs may also be lower than traditional cars as there are fewer mechanical components. In terms of car insurance, electric cars present different risks compared to traditional cars, as explained in our Knowledge Base article.

The initial outlay for an electric car is high, and at the moment there isn’t much of a second hand market for electric cars so you’re less likely to find a cheap older model. But the cost of lithium batteries is decreasing over time, and if you can afford the upfront costs for the car, you could find yourself paying less for your daily commute.

Government grants are also available to help you reduce the initial cost. If your vehicle is eligible, you could receive a subsidy of 35% of the cost of a new car up to a maximum of either £2,500 or £4,500 depending on the model, or 20% of the cost of a new van up to a maximum of £8,000. There are four categories of low emission vehicles, and the grant you get depends on which category your vehicle falls under. You can see a list of eligible vehicles on the government website.

If you’re eligible for a grant, the dealership will complete the paperwork for you, and the amount will be deducted from the price when you purchase your vehicle.

The main expense for an electric car is the battery, which can be very expensive to replace. Some manufacturers allow you to lease a battery for a monthly fee, and if its performance drops and it’s under warranty, it will be replaced. This does however mean you’ll be tied into a contract and your annual mileage will be restricted. The cost of the lease will depend on its duration and how many miles you drive per year. For example, the Nissan Leaf 24kWH and 30kWH batteries can be leased for anything from £70 per month for 84 months at 7,500 miles per year, to £113 per month at 12,000 miles per year.

There are currently more than 40 fully or part electric vehicle models available in the UK, and this number is set to increase over the next few years. The decreasing cost of lithium batteries may have encouraged more manufacturers to enter the electric vehicle market, and in 2015 electric vehicles had a 1.1% market share of new car sales, compared to 0.59% in 2014 and 0.16% in 2013.

Volkswagen is exploring a joint venture to make electric cars with a state-run company in China. They aim to sell a million electric vehicles per year by 2025.

Daimler also has plans to roll out at least six new electric car models between 2018 and 2024. The company will be unveiling a new long-distance electric-powered Mercedes at the Paris Motor Show in October, with a 500km (310 miles) range.

The new BMW i8 sports car is a fully electric car expected to have an impressive spec including a 300-mile range, up to 750 horsepower, four-wheel drive, and active suspension. It is due out in 2022 or 2023.

Finally, Tesla is releasing its most affordable electric car yet, the Model 3. Starting at around £30,000, it will be produced on a larger scale than its predecessors, and will have a range of at least 215 miles on a single charge. The first deliveries are due in late 2017.

With car prices falling, low running costs, an increase in charging points, and more manufacturers dipping their toes in the market, the future is looking promising for electric cars – and in turn for motorists and the environment.