Be Wiser’s Guide To Patented Safety Features In Our Cars 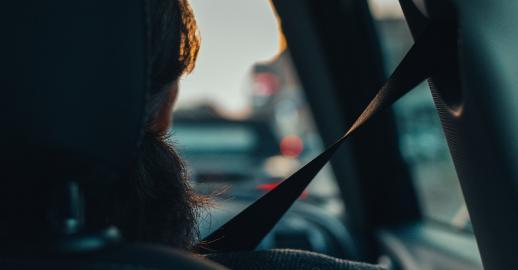 Car design has come a long way, with vehicles becoming safer and featuring more life-saving, innovative technology than ever before. From seat belts to automatic emergency braking, every invention works in its own way to get us home safe and sound.

While some modern safety features have been rolled out to most car makes and models, there are some that are patented and used only by the manufacturers who own them. Here is a guide to a few of the safety features found on our cars, and which models they appear on.

The three-point seat belt was invented in 1959 by Volvo engineer Nils Bohlin. Prior to this, cars were fitted with two-point waist restraints which offered little protection during collisions – in fact, they could even cause internal abdominal injuries and head injuries due to the wearer being thrown forwards. The three-point seat belt offered improved safety, and over the years has saved over a million lives.

But rather than keep this new feature for itself, Volvo decided to open up the patent so that any car manufacturer could use it. For Volvo, the safety of the general public was more important than making a profit from this life-saving invention.

Fast-forward to more recent history, and Honda, Nissan, Mazda and Subaru are just a few of the manufacturers who provide automatic emergency braking (AEB) systems on some of their car models. As the name suggests, these systems detect when the vehicle is about to have a front-end collision, and applies the brakes in an attempt to minimise or prevent the impact. In 2016, 20 car manufacturers announced that they would commit to making AEB a standard feature on all of their new cars by 2022.

Though this kind of technology is not a replacement for careful driving and concentration, as a safety feature it could prove to be invaluable in an emergency situation. It is thought that AEB could reduce the amount of rear-end crashes (i.e. when a vehicle crashes into the vehicle in front of it) by 40%. The feature is now available as a standard or optional feature on around 41% of cars on sale in the UK.

AEB could eventually become a mandatory feature on all cars, much like anti-lock braking systems (ABS). ABS prevents the wheels of a vehicle locking up and avoids uncontrolled skidding while braking. This essential feature has been required on all new passenger cars sold in the EU since 2004. The first patented ABS was created as early as 1928 by German engineer Karl Wessel, but he never developed a working product. Anti-skid brakes first appeared on aircraft in the 1940s, and one of these mechanical systems was adapted and fitted to Jenson FF car models in 1966. Ford introduced the electronically controlled Sure-Track system for the Thunderbird and Continental Mark III in 1969, and Chrysler introduced a computerised Sure-Brake system for its Imperial model in 1971. From 1971 until 1973, Sure-Brake only appeared on less than 5% of Imperials, so while the technology was a pioneering safety feature, it failed to catch on with customers – perhaps due to its benefits not being adequately explained.

Appearing on some Chrysler and Jeep models, LaneSense™ is the manufacturer’s Lane Departure Warning system. This feature uses cameras to determine whether the vehicle is correctly positioned in the lane, and alerts the driver if the car approaches lane boundaries, through visual and haptic warnings. If the car drifts towards the next lane, the system will intervene to correct the driver’s steering (unless the indicator is on). This safety feature could potentially help to avoid collisions caused by loss of concentration, particularly on dual carriageways and motorways. Other manufacturers have their own versions of this product with Nissan introducing a similar feature on the Cima as early as 2001. Other manufacturers who use similar features include Toyota, Honda, Citroen, Lexus, Audi, General Motors, Volvo, Mercedes-Benz, Peugeot, and Kia Motors.

The Quickclear heated windscreen is standard on almost all Ford models and it enables the windscreen to be cleared from ice and mist at the touch of a button. The system uses a mesh of very thin heating wires embedded between two layers of glass, and since Ford patented this technology in 1985, for many years it could not be found on other cars.

It may be tempting to drive away on winter mornings without a completely clear windscreen, especially if you’re in a hurry. But the law states that you must be able to see out of every glass panel in your vehicle. Failure to comply with this could result in a fixed penalty fine of up to £2,500 and three penalty points on your licence - and of course, it could lead to an accident. A heated windscreen saves you time and eliminates the temptation to start your journey without having a complete view of the road.

Cornering Brake Control was introduced by BMW and Mercedes-Benz, and is also known as ESP Dynamic Cornering Assist and Curve Dynamic Assist. It now appears on many car makes and models, and is designed to deliver asymmetrical brake pressure to counter any loss of traction when cornering. This feature improves stability and safety when braking, to avoid swerving – even while driving on sharp bends.

New Patents: The Future of the Motoring Industry

What new inventions could be brewing next in the motoring industry? Toyota alone have 1,400 patents for self-driving cars – twice as many as any other company. Though this does not prove much in terms of the company’s success in the field of autonomous driving, it does provide some insight into the direction the industry is taking.

In 2015, it was reported (with information from Thomson Reuters Derwent World Patents Index) that Hyundai, General Motors, Ford, Toyota, and Honda were the top five companies registering patents for fuel economy technology, with 1,653 patents between them. GM led the way in telematics patents, and Bosch had the most patents for driver assistance. This gives some indication of the priorities of car manufacturers and what we could expect from each one in the future. And while features such as heated windscreens may not be a necessity for every driver, it is hoped that manufacturers follow in the footsteps of Volvo and open up the patents for any new safety inventions that could save lives, for the good of all road users.