A Look into the Future: Car Insurance for Electric powered vehicles 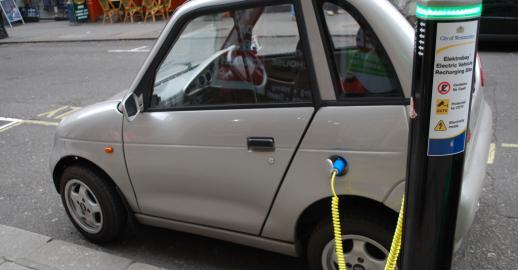 The world’s supply of fossil fuels is apparently continuing to dwindle and a growing consensus amongst motorists is to choose ‘eco-friendly’ cars with an increasing number of car manufactures  beginning to look into producing ‘green’ alternatives.

There are already a number of purely electric cars starting to populate UK roads, and with the government’s climate change watchdog wanting 1.7 million electric cars on the road by 2020, we could be set for a rapid change to the complexion of vehicles on British roads.  Whilst some “green” cars receive favourable treatment for Road Fund Tax and certain Congestion charges, they all still need to have valid motor insurance.

The advent of electric powered cars has presented the insurance industry with a new perspective when pricing such vehicles, compared to traditional petrol or diesel cars.  The risk presented by electric cars differs somewhat to that of standard vehicles. We will, therefore, look at some of the differences that insurance company underwriters have to consider when determining insurance premiums for the increasing number of electric powered cars.

The first obvious factor insurers have to face when assessing electric cars is the market value of such vehicles.  Typically, even the most basic of electric cars will cost in excess of £15,000 to purchase.  Repair work to the mechanicals is also likely to be expensive too.  Not only is this due to the cost of replacement parts, but also the probability that any repair work carried out (other than bodywork) may require specialist attention only available at a main dealer.

The key component of electric cars is the battery as it stores the power that turns the wheels.  Batteries currently tend to be a very expensive component of electric cars and, for that reason, are a significant concern for insurers.  The batteries may present different risk factors than petrol/diesel cars – with potential risks being a possible fire hazard and the ease with which they can be damaged.  Complicating matters further is the tendency for vehicle owners to lease their batteries as opposed to buying them outright in order to save costs.  If the battery is being leased, it is worth asking the leasing company whether or not cover for the cost of damage to leased batteries is covered within the leasing agreement and, if this were the case, it could lead to a cheaper premium for the motorist from their own insurer .

In addition to the potentially higher cost of repairs to the insured vehicle, insurance companies need to consider any possible increased risks to third parties.   One example could be the tripping hazard created by the use of the charging power cables.  It can take many hours to fully charge the battery at one of the publicly available charging points and during this period there is the possibility of an unsuspecting pedestrian tripping over the cable and suffering possible serious injury as a result thereof.  Any third party injury could leave the motor insurance company liable for damages.  The lack of any noise being generated by electric cars can also create problems.  Unlike the unmistakable noise created by vehicles powered by internal combustion engines, electric vehicles move relatively silently and thus deprive pedestrians of the audible warning that they have come to expect when crossing a road.

Although presently it is common for insurance premiums on electric cars to be greater than that of their traditional fuel counterparts, the cost advantage may well swing towards the electric car in the future. Not only are electric cars exempt from road fund tax but running costs are already significantly less, due to electricity being cheaper than the ever increasing cost of petrol. In London, particularly, with the advent of congestion charging, electric cars are likely to have a significant advantage. The down sides at present are the range provided by the batteries and the scarcity of charging points. As these drawbacks are overcome, the future for electric cars will become more positive. Once greater numbers of motorists begin to purchase electric powered cars, major car manufacturers will likely produce cheaper models and the price difference between electric and fossil fuel vehicles will narrow.  Insurance premiums are likely to reduce if and when electric cars form a significant part of the mainstream private car market.