Back to black, the new favourite shade in 2017 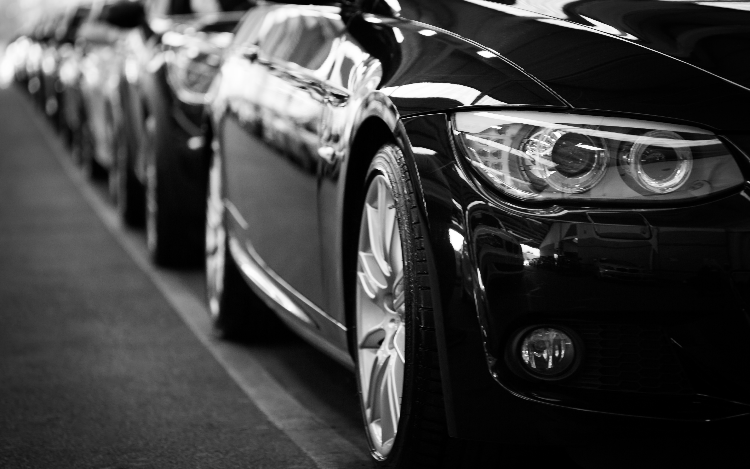 What colour is your car? Are you a fan of something bright that will stand out in a car park, or do you prefer a shade that will hide the dirt? If you’re on trend, you’ll be driving a black, white or grey car, but which of these three is the most popular?

Can you guess what the most popular new-car colour was last year?

After four years at the top of the charts, it's not white anymore having finally been replaced as the most selected tone for zero-mile motors purchased during 2017.

Here's the countdown of the top colours and how much people are having to pay to get the favoured tones.

On Monday, the Society of Motor Manufacturers and Traders revealed the top 10 favourite colours among new-car buying Britons.

Earlier this month, the motor industry body revealed that vehicle sales fell for the first time since 2011 last year, though the 2.54 million cars registered in 2017 was the third highest since records began.

There was no big surprise in terms of the most-bought model - the Ford Fiesta, for the ninth consecutive year - but there has been a change at the top of the table for the most popular colour.

Here's the rundown from 10 to 1 by with the number of vehicles sold in each of the hues:

Yellow made a return to the top 10 most popular car colours in 2016 after previously being out of the standings for three years. The sunshine tone retained the same position in 2017 despite demand sliding 17.5 per cent compared to the year previous.

If you thought bronze was a strange colour to be climbing the table, you might be surprised by the demand for orange motors. Again, it was the eighth most popular choice - like in 2016 - though sales were up 9.4 per cent, which accounts for some 1,500 more cars sold than the 12 months prior.

Retaining seventh position in the standings is green. Demand grew marginally for a colour that many years ago was far more popular, mainly due to connections to British racing brands like Aston Martin and Jaguar. In fact, it was the top choice in 1996.

This is where the big leap comes in terms of sales. Nine times as many red cars were purchases than green (seventh place), though that was a significant decline for this colour that was once one of the nation's most favoured. Showrooms shifted 50,000 more red models in 2016 than in 2017, records show.

Leapfrogging red to take the first spot in the top five was silver. Associated with more premium models, it now represents 10 per cent of all vehicles bought by Britons, the SMMT said. It reigned supreme from years 2000 to 2008.

Blue remained in high demand in 2017, taking control of 16 per cent of the market - up 0.6 per cent from last year. This was the most popular car colour of them all two decades ago, taking the title between 1997 and 1999.

The biggest shock has to be the decline in white car sales last year. It lost 1.5 per cent of its market share as it shed 70,000 sales compared to 2016. It ends four years at the top for the plainest of palettes.

More than half a million new motors bought last year were chosen in grey. It had the highest number of registrations on record for this colour and also achieved its highest-ever market share of 20 per cent.

Black returned to the top of the colour charts after four years away. Before then it had taken the title as the chosen new-car tone between 2009 and 2012. That said, it only just scraped the crown this time around with 15,000 more black motors bought last year than the runner-up, grey.

Perhaps it’s no surprise that brighter, statement colours such as yellow and orange are further down on the list, but with white cars on the decline, and black cars proving the most popular, what colour would you opt for?