Can we really afford to lose the hard shoulder? 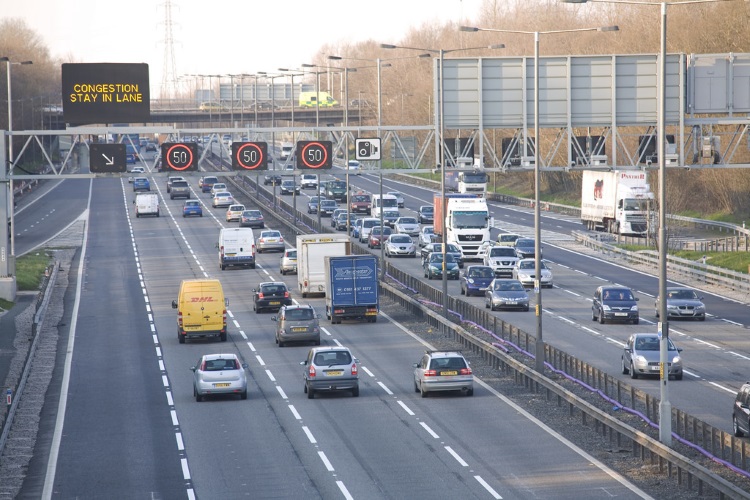 We all know at least one person that’s had the misfortune of being a sitting duck on the hard shoulder. When you’re stationary, it’s advised to leave your hazard warning lights on, get out of the vehicle and sit a good way down from it – just in case a careless driver crashes into your stationary car. But what if this option is taken away? And you’re sat in a live traffic lane?

Drive along the M60 and M62 near Manchester over the next few weeks and you will see the future of England’s motorways taking shape. Eight “super gantries”, each 194ft wide and weighing 78 tons, will be placed across an 18-mile stretch of the carriageway, while below them much of the hard shoulder will be converted to create so-called smart motorways.

Highways England, the government-funded body that looks after motorways, regards the roll-out of smart motorways as a key part in its ambition to reduce congestion and improve journey times. It has hailed the M60/62 project as the “biggest increase in capacity on the region’s roads in 50 years”. Behind the scenes, however, things are not so upbeat.

Ever since the first smart motorway with permanently abolished hard shoulder (as opposed to dynamic all-lane running, where traffic is only allowed on the hard shoulder during peak time, when speeds are lower) was opened two years ago, on two sections of the M25 around London, there have been murmurings of discontent among the emergency services. They feared that the likelihood of accidents where one car had either broken down or run out of fuel and become stationary in a live lane of fast-moving traffic would increase.

Not only that, but if a crash did occur and carriageways became jammed, with no hard shoulder to reach the scene, valuable time would be wasted getting there.

They pointed to the Highways Agency’s (as Highways England was called up to April 1, 2015) predictive risk register – a model used to calculate the theoretical risk of accidents – which found that while the overall decrease in risk was up to 15 per cent, the risk for “killed and serious injuries” was only “no worse” than on traditional motorways. It also found that the risk of a vehicle coming to a halt in a live lane outside peak periods increased by 200 per cent.

Last month, the police and fire brigade decided to go public with their concerns in a session of the Transport Select Committee set up to assess the effectiveness of all-lane running. Minutes of the meeting reveal concerns that ranged from insufficient lighting and signage informing drivers of the new layout, to a lack of communication between Highways England and the emergency services. But the main concern was safety.

“The primary risk that has significantly increased… is that of a broken-down vehicle stopping in a live lane. That type of collision is more likely to result in serious or fatal injury than many of the collision types that are being reduced,” said Simon Wickenden, a road safety engineering officer with the Metropolitan Police.

DCI John Oldham, also of the Met Police, echoed those concerns, as well as questioning the drive to convert more motorways to all-lane running while evidence of their safety record was still in question. “I cannot overstate our worry,” he said. “We worry about the safety not only of the people on the motorway, but of the emergency services who have to respond to those incidents.”

Highways England data gained from the 12 months of operation of the M25 scheme found the overall number of collisions on affected stretches was down compared with the previous three years. In terms of accidents classed as serious, there was an annual increase, from five to nine, on one section (J5-7), but a reduction in the average serious collision rate on the other (J23-27). It concluded: “The increases are not considered to be statistically significant (with only one year of data).”

Even so, at a separate meeting of the Transport committee which took place this month, Andrew Jones, the Parliamentary Under Secretary of State at the Department for Transport, was asked whether he was comfortable “philosophically” with the fact that, as a result of his decision as a minister to implement smart motorways, one group of road users – those that broke down in a live lane – were being put at more risk of dying than previously. “What I am seeking to do is improve road safety for everybody,” he replied, before later adding: “You have to view these things in aggregate rather than focus in on one, but I am not happy with any casualties on our roads.”

Earlier this year, some people’s worst fears were realised. Laura Cooper, 34, died after the car she was travelling in as a rear-seat passenger came to halt on an unlit section of the M25 and was struck by an HGV. It is believed to have happened after the car ran out of fuel, and is being investigated by the police, who arrested the HGV driver on suspicion of dangerous driving and driving while under the influence of drink or drugs. The stretch of motorway near Waltham Abbey on which the crash happened had been converted to all-lane running.

A spokesman for Highways England said: “Smart motorways maintain or improve safety on our busiest roads, which are already ranked as some of the safest in the world, and tackle congestion to keep drivers and businesses moving. Evidence from our first all-lane running systems shows that journeys are less congested and as safe as before. The busiest journey times have almost halved and the number of collisions has been reduced by a fifth.

“As we introduce these upgrades, we will continue to evaluate smart motorway schemes and work closely with the emergency services and our partners to ensure safety is maintained at all times.”

Back on the M60/62 traffic slowed to a crawl last week as the work transforming the road into a smart motorway continued. There is little doubt that when it is completed road capacity will be expanded.

The question for some drivers, however, will be whether it is worth the risk.

Safety needs to come first when it comes to huge changes to the way our road systems work, and this is the core of this issue. Removing the hard shoulder could not only mean more accidents, but may mean a significantly increased response speed from the emergency services.