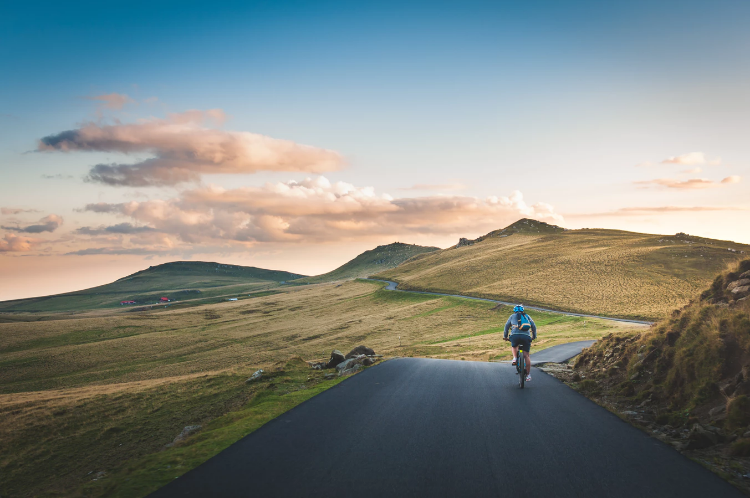 For those that already travel in heavily congested areas, seeing bicycles overtake cars may already be commonplace. For many, this will become a more familiar sight on the roads as cars across Britain are expected to become slower than bicycles in less than 10 years.

Cars will be slower than bicycles on Britain’s traffic-stricken roads in less than ten years, it was claimed last night.

Data released by the Department for Transport revealed that the average speed for cars on the country’s A-roads in urban areas dropped to just 18.4mph last year, down from 19.3mph in 2014.

Campaigners have called for new measures to combat the problem, with the RAC suggesting that extra investment is needed to reduce congestion and optimise traffic flow.

If the current trend of declining average speeds continue, bicycles will travel faster than cars across our towns and cities by 2027, the Daily Telegraph reported.

Over the last three years average speeds have been steadily declining across the country with the morning rush hour across both urban and rural roads down to 23.7mph, or just 22.2mph during the evening jam.

The predictions are based on a 16mph average speed of a male cyclist, calculated by activity website Strava.

Average speeds vary dramatically across different areas of the country.

All of the top ten slowest local authority areas in England are in London, with the City of London being the slowest with average A-road speeds of just 7.6mph.

The next slowest place outside the capital was Manchester, with an average speed of 15.3mph, while the fastest local authority area in the country was Rutland in the East Midlands, with an average of 41.6mph.

The report also stated that drivers were delayed for an average 46.9 seconds for every mile last year, with that figure rising to 56.1 seconds in morning rush hour and 65.8 seconds in the evening rush hour.

The RAC called for ministers to improve traffic flow across the country, saying that ‘this should include extra investment into reducing congestion at pinch-points, looking at further town bypasses to redirect traffic, and re-sequencing traffic lights so authorities are optimising traffic flow’.

Nicholas Lyes, the RAC roads policy spokesman, told the Telegraph: ‘This will come as little surprise to motorists who are having to endure increasingly congested roads.

‘Congestion is not only frustrating, it is costing the country money and worsening air quality in our cities and other urban areas.

‘At some point, the Government may even have to look at road pricing as an alternative to the current taxation system to help manage demand.’

Edmund King, the president of the Automobile Association, said: ‘For years, the AA has argued that more could be done to encourage drivers to leave their cars on the outskirts and take public transport or car share into urban centres.

‘But, a lack of joined-up thinking ... or a desperate urge to milk cash from drivers in the form of parking charges, has left car commuters with no option but to join the queues.’

A Department for Transport spokesman said the Government was investing £23billion in roads ‘to help cut congestion, shorten journey times and boost the economy’.

‘We recently launched plans which will see utility companies charged up to £2,500 a day to carry out works on Britain’s busiest local roads – incentivising firms to work on quieter roads or outside of rush hour – to cut delays due to roadworks.'

Planning your journey and rerouting around traffic will help to prevent delays when behind the wheel, but if that fails perhaps it’s time to invest in a bicycle, and helmet of course!