Children as young as five to be offered driving lessons 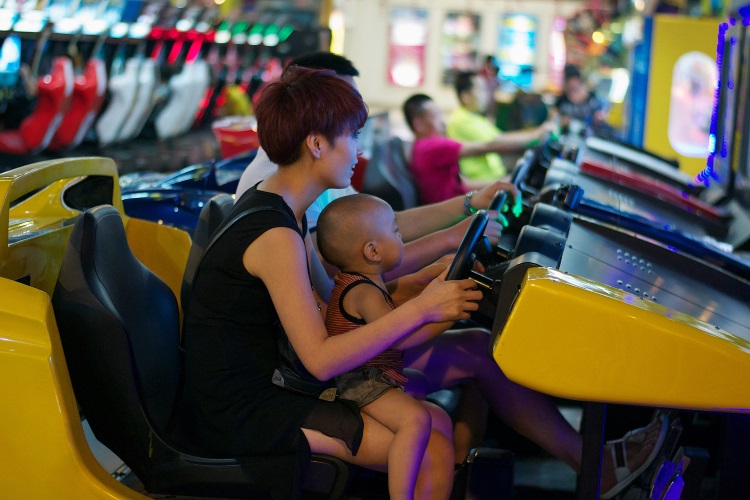 How young is too young when it comes to getting behind the wheel? Well, according to Young Driver Motor Cars the answer is under 5 years old! Don't worry though, you might not be pulling up to the lights with a pint-sized commuter just yet! Chris Knapman, The Telegraph, reports:

Budding drivers are to be given a chance to get behind the wheel from as young as five thanks to a “state-of-the-art” car that could go on sale for about £5,000.

The new car has been designed by motoring experts specifically for children aged 5-10, who will initially be able to use it as part of a young driver training day on private land at selected UK venues. These will include specially designed road systems that will allow them to hone their manoeuvring skills, as well as get used to traffic lights and junctions.

The car, which is codenamed ET1 (Electric Trainer 1), took nine months to develop and is powered by two electric motors that give it a top speed of 10mph. It uses disc brakes and has independent suspension, helping to offer what its makers, Young Driver Motor Cars, say is a "realistic driving experience". All versions will also feature a safety system that will cut power to the car if it senses a collision is imminent, plus instructors or parents will have a remote control that can be used to stop the car if necessary.

Young Driver Motor Cars, which is a division of Young Driver, the UK’s largest provider of pre-17 driving lessons, has intimated that in time it will offer the vehicle for sale to the public at a cost of approximately £5,000, but the initial plan will centre around driver training, with prices starting at about £15 per lesson.

As part of the final stages of the development process, youngsters attending Gadget Show Live at the NEC will be able to test drive a working chassis and provide feedback to engineers. A sneak preview of the car’s final styling will also be shown, with the design carried out by Chris Johnson, who among other things has previously worked on the interior of Volvo’s S60 of 2000.

Kim Stanton, director of Young Driver, said: “This is not a toy, it is very definitely a small car. We’ve had children involved throughout its development, working with the designers and engineers to ensure that it provides a realistic driving experience. The Gadget Show will allow us to get a wider cross section of ages and sizes behind the wheel, trying out our final pre-production models.”

At present, Young Driver offers lessons for 10-17 year olds (provided they are at least 1.42 metres tall) in a dual control Skoda Citigo at a number of private venues across the country. The company was established in 2009 with the aim of teaching youngsters to encourage safer driving practices by the time they are 17. To date, more than 300,000 people have partaken in the Young Driver Experience.

The idea of the ET1 is to allow Young Driver to expand its current offering, says Stanton: “Many young people attend Young Driver lessons with brothers and sisters under 10 years old and there has been nothing on the market to cater for younger drivers. We created these training cars for 5-10 year olds from scratch because nothing existed in the market other than toys and fairground rides, and these don’t give a realistic driving experience.

"The ultimate aim is to give youngsters a greater insight in terms of road safety. By getting behind the wheel of a car, and tackling some day to day situations like junctions, passing cyclists and reversing, this age group will have a much clearer idea of how to protect themselves as pedestrians or on their bikes. Of course, it will also be great fun for them, which always helps with learning,” she added.

Perhaps driving at 5 years old isn’t as ridiculous as it first sounds. As well as developing skills such as independence and confidence, it could also instil a sense of road safety.  This could include knowing how traffic lights and roundabouts work, knowing what happens if you don’t pay attention to other users on the road and even appreciating the skill behind driving and thus encouraging better behaviour in the car when their parents are driving! Either way, it’s a fun activity in a safe and controlled environment, so as long as we don’t see the young drivers of ET1s ordering a happy meal at a drive thru, we will no doubt be okay!