Cigarettes can cause car resale values to go up in smoke 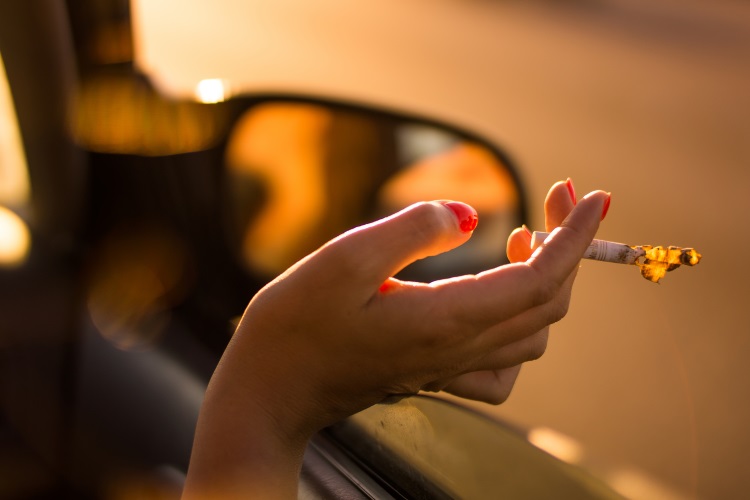 Are you a smoker? And if so, do you smoke in your car? If you, or your passengers, insist on smoking in the car it might not only be damaging your health, but damaging your car resale value too.

Its estimates that smokers can lose up to £2,000 from the value of their car at trade in.

The company claims that the two main effects that smoking has on a car are physical damage to the interior and a lingering smell – a factor that many smokers might not notice, or believe can be fixed by an air-freshener.

However, on top of expensive cleaning which might not always remove the smell of cigarettes, some severe cases might require the car’s interior fabric and headlining to be replaced – a process that can cost thousands of pounds.

Philip Nothard, retail and consumer editor at CAP HPI said: “The first thing a car dealer will do when looking at a car being sold by a smoker is knock down the price of the part exchange.

“That’s simply down to the fact that a car for part-ex has to be made fit for re-sale and this becomes considerably more difficult and expensive when that car was previously driven by a smoker.

“In the majority of case there is often no obvious damage however, the smell of smoke is a major problem for motor dealers. Smoke becomes ingrained in the fabric of the car and climate control, requiring a professional valet and a special ‘bomb’ to clean the air conditioning.

“What many people don’t realise is that when tobacco is smoked in the enclosed environment of a car, air concentrations of tobacco smoke pollutants can become extremely high.

“Many of these pollutants attach to surfaces and build up in the internal systems from where they can be released back into the air over days and weeks after smoking. Opening the windows to let the smoke out is not the answer.”

Nothard claimed that some won’t even buy cars from smokers because of the difficulties they have selling them on.

“Unless consumers want to see the residual value of their vehicles literally go up in smoke I’d urge them to try to quit or at the very least refrain from smoking inside the car when driving,” he concluded.

Even when purchasing a second-hand car, you’d expect it to be clean and reliable. Signing for a car that’s full of rubbish, or has ‘clean me’ written in dust on the outside would clearly be considered unacceptable. It’s for these reasons that lingering cigarette smoke inside your car could damage its value, buyers simply expect more.