Don’t get fined for de-icing your car 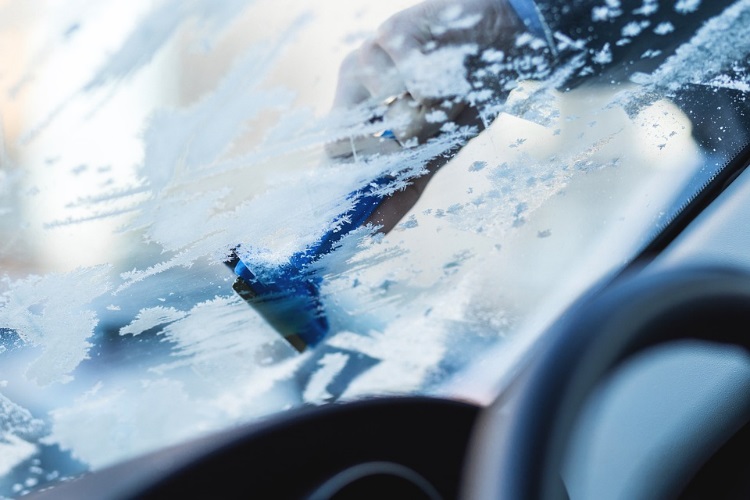 The weather is set to get colder and that means many of us with be faced with de-icing our cars in the morning before we set off for work! But did you know there’s a right way and the wrong way to de-ice your car?

On cold and frosty mornings, it's tempting to start up the car and head back inside, letting it running with the heater and demister on, waiting for the windows to defrost.

But did you know that doing so could potentially land you in hot water?

That’s because leaving the engine running on a vehicle parked on the public road is an offence under regulations 98 and 107 of the Road Vehicles (Construction and Use) Regulations 1986, which reinforces rule 123 of the Highway Code.

Rule 123 of the Highway Code

If you fail to turn off your engine when instructed, you may receive a fixed penalty notice of £20, which will increase to £40 if unpaid within a specific timeframe.

Do note, the crucial element of the wording is the reference to 'public road', which means it is not an offence to leave your engine running on private land, such as a driveway.

However, that is not to say that allowing an engine to idle is a good idea.

Why else shouldn't you leave your car running unattended?

Whether you are on a public road or on your driveway if you need to de-ice your car, leaving it running with the engine on is never a good option.

Earlier this year, four cars were stolen in West Sussex in just one morning after they had been left running with the keys in the ignition.

Each owner was inside the house while they left the car to warm up.

A police spokesperson said: "It's an open invitation to opportunist thieves and they're gone in seconds. Exclusion clauses in many insurance policies may also mean that insurance is invalidated and it could turn out to be a very expensive demisting.

"That said, be patient and don't be tempted to drive without making sure that you have cleared windows and mirrors to ensure that your journey will be safe for you – and safe for other road users."

Theft is not the only concern, because running your engine unnecessarily while your car is stationary pollutes the environment.

An idling engine can produce up to twice as many emissions as an engine in motion, impacting the surrounding the area and the air that we breathe.

he Royal College of Physicians estimate 40,000 deaths a year in the UK are linked to air pollution, with engine idling contributing to this.

Can you get fined if you don't de-ice your car?

Yes, you can get fined for that as well.

Failure to properly clear the windscreen of snow or ice could result in the driver receiving a fixed penalty notice under the CU20 penalty code.

Using a vehicle with parts or accessories in a "dangerous condition" could result in a fine of £60 and three penalty points.

Simply removing the ice from the driver’s side of the windscreen is not enough – you must de-ice the entire area, using the wipers when the ice has melted.

The driver must by law have a full view of the road and traffic ahead of the motor vehicle, so it is well worth taking the extra time to fully clear your windscreen and your mirrors too.

How to de-ice your car (legally and safely)

Thoroughly clearing the windscreen of ice is not the work of a moment. It could take around 10 minutes, not least because you'll also need to de-ice the side windows, mirrors and lights too.

Using a dedicated ice-scraper and de-icer will speed things up. Don't wait until the first frost before discovering you have run out of de-icer: plan ahead.

Squirt the de-icer over the windscreen, before clearing the ice with a scraper.

It’s also worth lifting up your wipers by hand to check they are not frozen to the windscreen. If they are, switching them on could potentially burn out the motor – again, an expensive fix. It could also tear the wiper blades.

If you do not have any de-icer, there are other common household solutions you can use instead.

You can use a basic solution of water with an added teaspoon of salt to pour over any affected areas.

Another homemade remedy is adding the solution of three parts vinegar to one part water to a spray bottle as a homemade de-icer.

Remember, if you’re heading out for the day, be sure to keep a spare de-icer and scraper in the car. Temperatures can quickly drop in the evening, meaning you might need to repeat the process before leaving work.

How not to de-ice your car

Don't be tempted to use a credit card and NEVER pour boiling water over the windows.

When the boiling water comes into contact with your freezing cold car windows it could at the very least weaken the glass and at the very worst cause it to crack.

Also try to avoid using a credit card or CD case to scrape the ice and frost off your windows.

As well as potentially snapping your card, this method could also scratch your windscreen.

Investing in some de-icing spray and the proper tools to remove ice safely from your car will ensure the cold weather won’t cause too many delays before you leave your driveway.