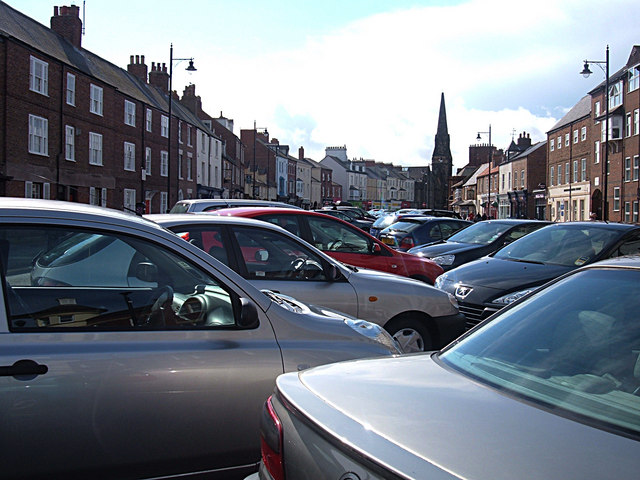 Imagine this, you’ve had a long day at work, and you’re approaching the turn off to your street.  Getting ready to turn off the engine and put the kettle on.  But what’s the first thing that springs to mind when you slow down round the corner before your front door? Perhaps, like many other Brits up and down the country, it will be whether there’s a parking space close to your front door.

The battle for residential parking spaces has become so intense that more than one in 10 drivers (12%) put off making car trips to avoid losing their spot, according to a new study.

Almost a fifth of motorists (19%) say they "always worry" about being able to park as they approach their home.

The poll of 24,739 drivers found that Londoners feel most affected by the issue, with more than a third (36%) anxious about parking and almost a quarter (24%) actually postponing or abandoning some journeys.

It’s thought the problem could be eased if councils review whether all their parking restrictions in residential areas are necessary.

A Local Government Association (LGA) spokesman insisted that they are "on the side of motorists".

The availability of parking spaces outside homes concerns people across the country, with the North East, South East and Wales joint second for worried drivers at 20%.

The proportion of motorists from these regions who put off car trips is 12%-13%.

The research, exclusively revealed to the Press Association, found that East Anglia is the most relaxed region for residential parking with just 13% worried and 7% delaying journeys.

There appears to be a direct correlation between parking anxiety and car ownership, with Londoners having the fewest cars and vans per household (0.8) while those in East Anglia have the joint most at 1.3, according to Department for Transport figures.

A previous poll found that 47% of motorists reported significant parking on pavements where they live, while 12% have seen this result in arguments between neighbours.

It’s also believed that rising house prices are making it harder to park as many people are living far away from where they work, meaning they have to own a car to commute.

In densely populated areas many single family houses have been converted into flats, leading to more cars needing to be parked in the same area.

"Councils have tried to ease the squeeze by making roads one-way to allow parking on both sides. Some have re-engineered roads to create more spaces, while others have used variable-cost parking permits to try to moderate demand.

"But others have just left residents to get on with it, creating stressful residential rat-traps and blaming car ownership instead of looking at the causes of more cars parked in a road and what might be done to make their electorate's lives easier.”

Unfortunately, not being able to park your car outside your front door is a familiar problem. But would you really postpone a journey to keep it as your own? This really highlights the luxury of a driveway, or even a designated parking space, and begs the question as to whether this parking fiasco is likely to get better any time soon.