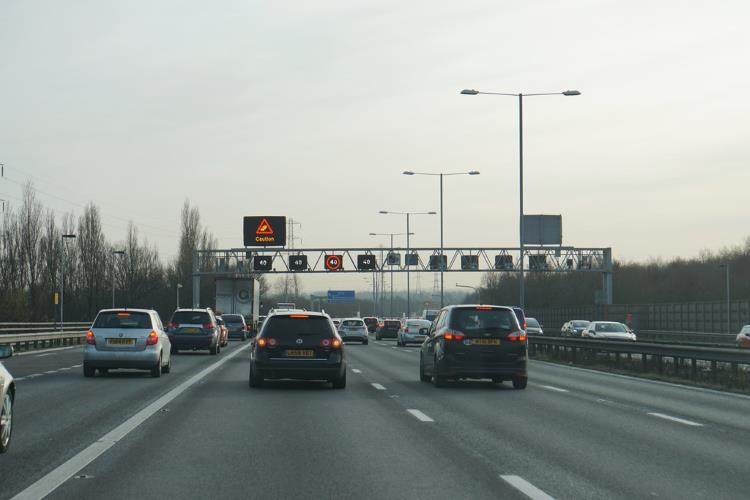 New research has revealed that more than 20% of drivers admit to disregarding the red X on smart motorways.

Those who ignore ‘red Xs’ could be endangering lives as well as risking £100 fines and three penalty points.

With hundreds of miles of smart motorways across England now using the hard shoulder as either a permanent or part-time running lane, new RAC research has found more than a fifth of motorists have driven in a lane closed by the red X sign in the past year, potentially putting lives at risk.

The survey of 2,093 members of the RAC Opinion Panel* who had driven on a motorway in the last year confirmed more than eight in 10 drivers (84%) had seen a red X appear on the verge-mounted or overhead gantry electronic variable message signs.

And among those, there is no doubt whatsoever as to the meaning of the red X with 99% saying that it signifies the lane is closed.

For 87% their first action is to move, when safe to do so, into another lane which is not closed while the remainder (13%) say they change lanes as soon as they possibly can but admit they might pass one or two red X signs before doing so.

But the research has worryingly revealed that the sight of drivers disobeying red X smart motorway signs is all too common with nearly half (48%) of those questioned saying they frequently see this and more than a third (36%) claiming to see it occasionally. Only 7% said they do not see drivers ignoring red X signs.

Opinions of those who commit this offence are very clear with 61% deeming them to be ‘irresponsible’, 54% saying they are at risk of being involved in a serious accident, 45% saying they have made an innocent but potentially dangerous mistake, and more than a third (37%) claim they are unobservant and perhaps shouldn't be driving.

Highways England has been working since 2016 to improve compliance with red X signs and has issued more than 160,000 warning letters to drivers who had either used sections of hard shoulder when not designated as a running lane or had failed to comply with a red X.

In 2017 the Government amended the Road Traffic Offenders Act to enable red X offences to be captured by a remote or automated device, but legislation still has to be completed before the technology can be used in enforcement.

Those surveyed by the RAC were very much in favour of cameras being used to catch people who drive under red Xs with two-thirds (66%) supporting the idea and only a third (34%) against.

RAC spokesperson Simon Williams said: “Smart motorways are now very much part of the fabric of England’s motorway network and will become even more commonplace in years to come with more being opened all the time.

“Red X signs, which denote when lanes are closed, are paramount in safety terms as any stricken driver who has not managed to reach an SOS area is at tremendous risk of being involved in a collision with vehicles that ignore them.

“It is also extremely dangerous if road workers or emergency service staff are attending to incident in the road. Highway Code rule 258 is explicit: ‘if red lights on the overhead signals flash above your lane and a red X is showing, you must not go beyond the signal in that lane’.

“Our research found drivers understand very clearly what red Xs mean, yet worryingly far too many appear to have driven under one, dramatically putting themselves at risk of encountering a stationary vehicle or a worker in their path, and all the horrific consequences that could have.

“Highways England has been working hard to get the message across to drivers that they should not drive in lanes closed by red Xs, but there is still some way to go to ensure near total compliance.

“Regarding enforcement, we know Highways England is working with the Home Office to get the required legislation to allow cameras to catch those who break the rules of smart motorway driving in this way.”

The stark realisation that so many drivers admit to ignoring these signs shows that much more should be done to increase awareness about the serious consequences which could occur if these signs go ignored.