The five surprising medical conditions you need legally to declare before getting behind the wheel – or risk facing a £1,000 fine and prosecution 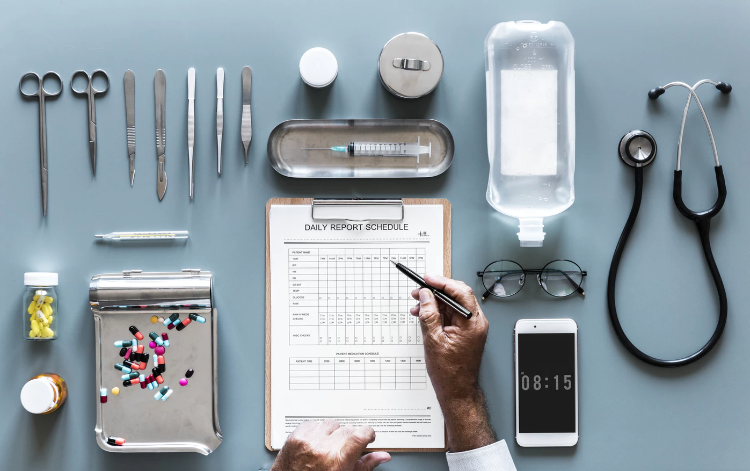 There are many medical conditions drivers need to declare to the relevant authorities before getting behind the wheel, but there are some that might not, but legally should, be reported to ensure the safety of both the driver, passengers and other road users.

Drivers legally need to notify the Driver and Vehicle Licensing Agency if they've suffered from strokes, epilepsy or visual impairment before being deemed fit to take control of a car on British roads.

However, there are five conditions in particular that many people don't know they need to tell the DVLA about before hitting the road - including deja vu and eating disorders.

Motoring experts at LeaseCar.uk have researched the conditions drivers have a legal obligation to declare and uncovered some that many drivers will not be aware of.

According to Gov.uk, license holders 'need to tell DVLA about some medical conditions as they can affect your driving', with 182 separate issues listed on the government's website.

And if you are a sufferer - even historically - and don’t inform the DVLA that it could have an impact on your driving, you could face fines of up to £1,000 and prosecution if you’re involved in a crash.

You can see all 182 notifiable issues that might need to be reported to the DLVA in the table at the bottom of the page or on the Gov.uk site.

But here are five unlikely conditions that could affect your ability to control a car, van or motorcycle safely.

Most people will regard déjà vu as a common experience in healthy individuals, but it is also associated with certain types of epilepsy.

Experiences of déjà vu can be a neurological anomaly related to epileptic electrical discharge in the brain. It is this medically induced déjà vu you need to inform the DVLA about.

'Ordinary' cases of déjà vu is not notifiable.

While it's difficult to say, this is a condition linked to an inner ear infection that causes a delicate part deep inside your ear (the labyrinth) to become inflamed.

Symptoms, such as headaches, pain and hearing loss, can vary in severity but tend to pass after a few weeks. However, in some cases the symptoms - which also include vertigo - can last longer and have a significant impact on your ability to carry out everyday tasks, so you need to let the DVLA know.

This is a relatively common condition that's caused by the walls of the throat relaxing and narrowing during sleep, interrupting normal breathing and sleep periods.

In extreme cases it can lead to sleep deprivation, which can cause sufferers to fall asleep at the wheel.

It’s in these severe cases that you should get in contact with your GP or consultant for further advice and consider informing the DVLA.

It's important to emphasise that nobody should drive if they are sleep deprived for any reason, not just this condition. All conditions where excessive sleepiness is experienced are notifiable – not just Sleep Apnoea.

Severe cases of eating disorders can cause side effects such as being weak and feeling dizzy.

You must tell the DVLA if you suffer from any disorder, such as anorexia, as it can affect your ability to drive safely.

Another condition that affects around 10 million people in the UK is arthritis, and it's one you need to tell the DVLA about.

It can affect people of all ages, including children, and commonly causes painful discomfort at joints in the hands, spine, knees and hips, all of which can impact on how well someone can drive.

If your arthritis affects your driving and has lasted more than three months it should be declared.

What the DVLA says: You only need to notify us if it arthritis affects or is likely to affect, safe driving. This would apply to any chronic medical condition.

These are just five examples of conditions that need to be reported to the DVLA.

If you’re in any doubt on whether a medical condition should be reported, the next step would be to contact the DVLA to ensure they are aware.