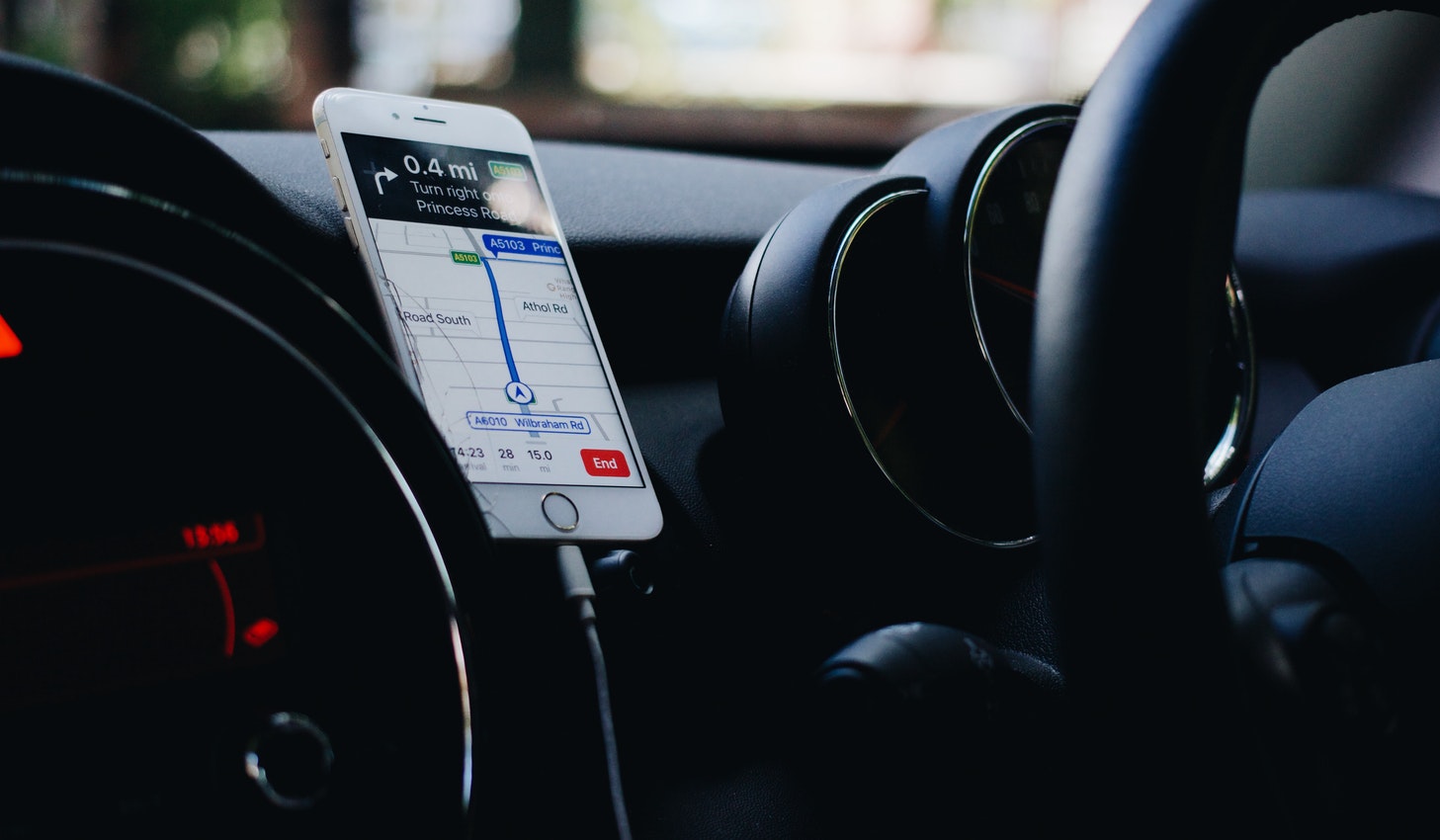 Using your mobile phone whilst driving is illegal, there’s no doubt about that - but what defines ‘using’? What if you’re using Apple Pay at a drive-thru and need to tap your phone on the card reader out of the window? What if you have your phone set up as a sat-nav?

Earlier this month, a police force posted a picture online of an aftermarket sat-nav on a car’s dashboard.

It nestled discreetly in the bottom right corner of the windscreen, alongside a police instruction that placing it anywhere else was ‘illegal’.

I forget which police force it was because the tweet has since been deleted. It wasn’t true, you see. The Highway Code and the laws that back it up give no particular location for placing sat-navs, beyond advising that ‘windscreens and windows MUST be kept clean and free from obstructions’, and that ‘glass or other transparent material shall be maintained... [so as to] not obscure the vision of the driver’.

Follow the very letter of the law, then, and you can no more place a sat-nav in the bottom right corner of your windscreen than you can anywhere else.

Although, in reality, obviously you can because if it’s out of the swept area of your wipers, or it obscures only your view of your own bonnet, nobody should really care.

Shouldn’t care, then, but if they think it’s illegal to put it anywhere but the bottom right corner, perhaps they might. Who knows? The daft thing is that if your sat-nav system pops out of the top of the dashboard and gets in the way of the windscreen as standard equipment, that’s just dandy. But your own system, even if it obscures less, may not be. Isn’t this all a bit... fuzzy?

Things are similar when it comes to using a mobile device. Say you’ve installed and programmed a navigation system on your smartphone. I do this because Land Rover’s infotainment system is pants but the Waze app on my phone is excellent. So I strap the phone into a holder attached to a central air vent, which leaves the phone directly next to the car’s own touchscreen. Partly in front of it, in fact.

I could tap away at the Land Rover’s official screen with impunity, so long as I didn’t appear too distracted. Yet ‘it is illegal to use your phone while driving unless you have hands-free access’, according to the Highway Code. And even though it suggests a dashboard holder is an answer, it’s still not totally hands-free, is it?

I think the spirit of the law means that, say, if your phone’s ringing, you can touch the screen once to answer it. Motoring organisations think you “should be okay” if, similarly, you’re just acknowledging a one-off navigation instruction. But perhaps you wouldn’t be, depending on an officer’s mood or inclination. And this ‘perhaps’ doesn’t sit that comfortably with me when it comes to legalities.

There’s more. As you might know, road laws can apply even when you’re not on the road, if you’re in an area to which the public have access. In most car parks, for example, road laws apply. But what about the bit of the car park where you’re paying for your drive-through, but they let you pay by phone?

Technically, you could be in trouble; practically, you shouldn’t be, but in a world where officers are insufficiently trained to know where you can put a sat-nav, who knows?

I suppose the simplest answer is to leave the darned thing alone all the time you have your engine running, but it still seems there are degrees of uncertainty where there should be none.

If you’re in any doubt as to what is legal and what isn’t, then the best advice is to not use your mobile phone. They are notoriously a distraction, and should an accident occur whilst it’s in your hand then it’s more than likely that you’d be to blame.