‘Intelligent’ LED road studs to be introduced on Merseyside 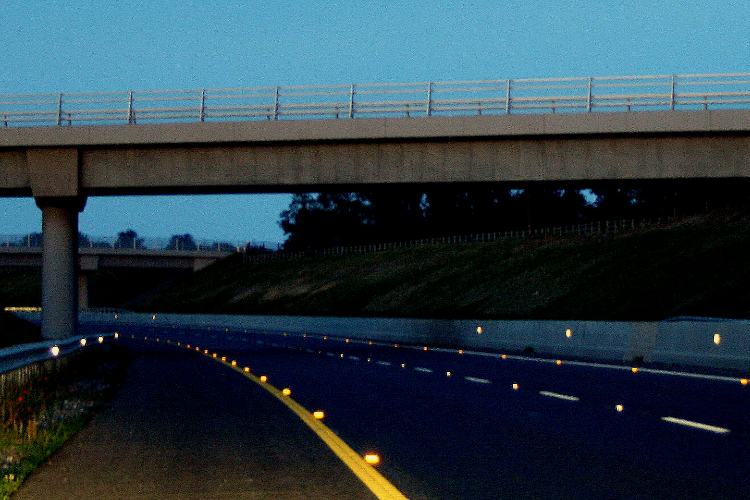 Road junctions can be complicated to navigate if changing lanes is required, especially in the dark. The solution of ‘intelligent’ LED road studs is an interesting one and will allow drivers to find their way through a complicated junction much more easily.

Visible from more than half a mile away, the LED units will light up when the traffic lights turn green to show drivers which lane they should follow. According to Highways England, the system has been ‘proven to help stop drivers drifting between lanes’, thereby reducing the chances of a collision.

Such a system has already been implemented at the Hindhead Tunnel on the A3 in Surrey, but when the studs are installed at the Switch Island junction in Merseyside, it will be the first time they have been used at a motorway intersection.

Switch Island links the M57 and M58 motorways, as well as three A-roads, and with more than 90,000 vehicles passing through every day, it’s one of England’s busiest junctions. It’s also something of an accident blackspot, with 49 collisions in the past two years - an average of one every two weeks.

As well as installing the new road studs, Highways England will also be adding new traffic lights that will be more visible to HGV drivers and making changes to the barriers and road layout, plus a new cycle path. Work on the project began earlier this month, and the construction is expected to take around a year.

'The innovative light-up road studs along with the other improvements we’re introducing will make it much easier to navigate the junction, benefitting the tens of thousands of drivers who travel through it every day.’

Slowing your speed, taking extra care and being fully aware of the changes in the road layout will all help with navigating complicated roadwork systems, although these intelligent LED road studs are sure to be a helpful addition!