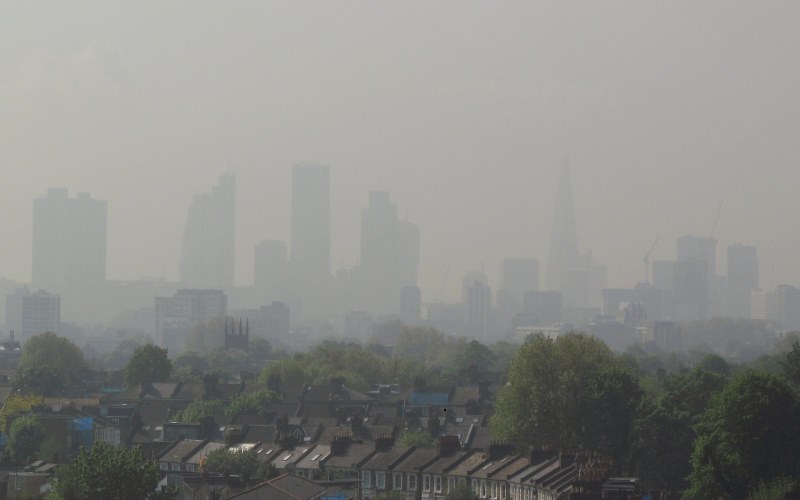 Air pollution and the need for eco-friendly cars has been in the media now for years, so it’s surprising that London exceeded its 2016 air pollution limit in just 8 days. This puts people’s health at risk, and has even been compared to the ‘Black Death’. Although this may sound extreme, air pollution can do more harm than just to our respiratory systems, as our climate and ecological survival relies on levels coming under control.

London has breached its air pollution limits for the entire year in just eight days, that’s according to figures released by the London Air Quality Network.

European Union air-quality rules stipulate that levels of hourly nitrogen dioxide (NO2) are not to exceed the maximum limit for more than 18 hours per year, with World Health Organisation guidelines saying that no humans should be exposed to NO2 over 200 micrograms per cubic metre, measured over one hour.

All of which means Putney High Street was the first monitor in London to report a beach, recording its 19th hour of exceeding the limit during last Friday’s morning rush hour. Meanwhile, the Knightsbridge monitor had reported 17.

Simon Birkett, founder and director of campaign group Clean Air in London, said: “It is breath-taking that toxic air pollution has breached the legal limit for a whole calendar year within a few days.

“Worse, several air pollution monitors have been vying for the dubious honour of recording the first officially monitored breach of the nitrogen dioxide legal limit in the world in 2016. Oxford Street would have been first again if it hadn’t been ‘offline’ since last Sunday afternoon – possibly due to vandalism of the scientific equipment.”

In 2015, Oxford Street was the first street to report a breach of the objectives for levels of nitrogen oxide – in just two days.

Simon Birkett went on to say: “This shocking start to the 60th anniversary year of the world’s first Clean Air Act in 1956 illustrates the scale of Boris Johnson’s failure to reduce diesel fumes.

Sarah Williams, Living Streets London campaigns manager, said: “Our air pollution levels are dangerous and cannot be allowed to continue like this. The majority of main roads in the city regularly breach the values for nitrogen dioxide.

“By 2031 it’s estimated that an extra 1.5 million people will be living in the capital and if we don’t make changes, the situation will only get worse.”

This is clearly a problem that needs urgent attention, sooner rather than later. If safe levels of air pollution have been exceeded in as little as 8 days, it begs the question as to how bad the situation could be next week, let alone the end of the month, or even the end of the year. Air pollution is something we all need to face up to.