Mazda Aim For The Top With MX-5 RF 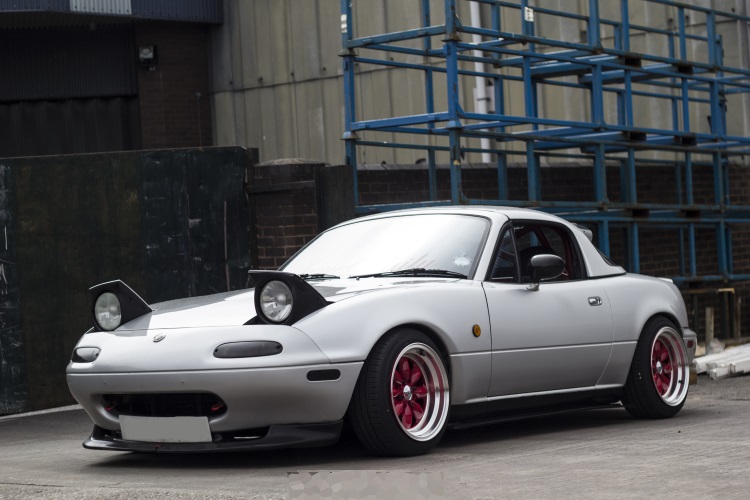 The Mazda MX-5 is a popular car up and down the country, ranking highly for speed, agility and affordability. They have now revealed a retractable hard-top coupe version of its latest MX-5 at the New York motor show.

The new car, which will be named the MX-5 RF (short for “Retractable Fastback”), will be a departure from previous MX-5s in that it will feature coupé-like body styling with a targa roof that folds away electronically.

The roof system will ape that of the Porsche 911 Targa, with a rear deck which lifts up entirely in order for the removable section of roof to fold away beneath it. It will be operable at speeds of up to 6mph.

Mazda hopes the new car will satisfy buyers looking for the added security and reduced noise of a solid roof, as well as those who prefer more coupé-like styling, and says that the unusual retractable hard top system is part of its desire to “[make] the roadster experience accessible to a broader range of drivers”.

To that end, another new feature for the RF is the option of a six-speed automatic gearbox, which Mazda will add to the range as an optional extra in lieu of the standard six-speed manual. The engine range will mirror that of the soft-top Roadster version, with a choice of two four-cylinder petrols; a 1.5-litre with 129bhp, and a 2.0 of 158bhp.

There’s no word yet on when the MX-5 RF will go on sale in the UK, or how much it will cost, but we’re likely to see it in showrooms in time for summer, with prices starting from around £17,000.