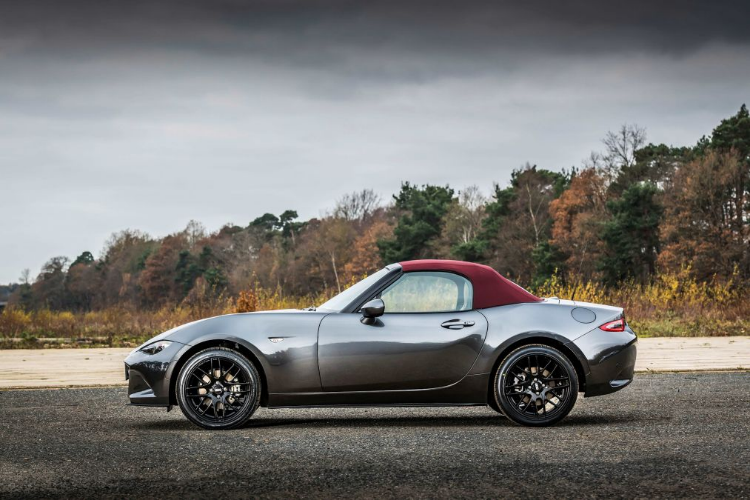 The exclusive Mazda MX-5 Z-Sport is limited to 300 models, and comes with a red roof, 17-inch wheels and new leather trim.

Mazda has announced a limited edition version of its MX-5 roadster called the Z-Sport. It’s based on the 2.0-litre Sport Nav model and just 300 will be built – each with a price tag of £25,595.

That means the Z-Sport costs £1,400 more than the Sport Nav car, but a series of cosmetic upgrades will ensure its exclusivity. The Cherry Red roof first appeared on the fourth-generation MX-5 at October’s Tokyo Motor Show, and comes as standard on all Z-Sport cars. Black 17-inch BBS alloy wheels are also included.

Jeremy Thomson, Mazda UK managing director said: “The MX-5’s new Cherry-coloured roof was shown for the first time in public at Tokyo where it received a very positive reception. I’m delighted that we can bring it to UK MX-5 buyers as part of the Z-Sport limited edition model.”

The MX-5 has proven itself to be a popular car among UK motorists, making it likely that this model will be gratefully received too.