Motoring myths: what ‘black boxes’ reveal about our driving habits 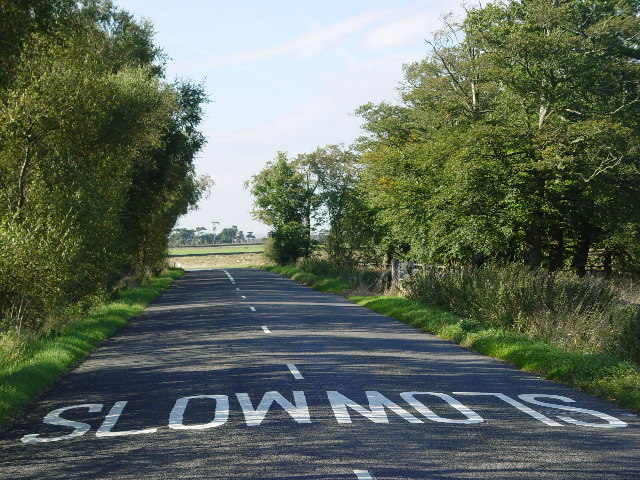 ‘Black boxes’ hold an amazing amount of data about UK drivers, making them able to prove, or indeed disprove many popular theories about young drivers, female drivers and male drivers.

Billions of miles have been driven on Britain’s roads this decade in cars fitted with “telematics” boxes recording every detail of a driver’s behaviour – whether they are speeding on a 30mph urban road, how they are cornering on a country road, and how they are braking or accelerating on a motorway.

Installed in about 1m cars by insurance companies, they offer drivers – usually 17 to 25-year-olds – less costly insurance if they drive more carefully. But the telematics black boxes also reveal a wealth of data about how Britain drives - debunking a lot of modern myths, but confirming many others.

Insurethebox, Britain’s biggest telematics insurance provider, now holds more than 3bn miles of driving data and associated claims since 2010. Marmalade is the other major black box player in the young driver market, while Coverbox is a newer entrant focusing on extending telematics to middle-aged and older drivers. Here’s what their data and findings is telling us about driving behaviour – and how much you might save (or not) from installing a black box recorder in your own car.

According to Sarah Vaughan, head of pricing at Insurethebox, youngsters passing their test at 17 drive relatively safely: “Seventeen-year-olds are not the worst drivers. Actually, many new drivers at age 17 drive really modestly in speed terms. Maybe they are just gaining confidence. Their behaviour then deteriorates over the age of 18. It is two to three years after obtaining a licence that speed risk is highest.”

Women are better drivers than men.

The telematics data confirms that women drive more carefully, at lower speeds, and have fewer accidents than male drivers. EU rules prohibit insurers from discriminating on the basis of gender and were very controversial when introduced, as they meant insurers could no longer charge higher premiums to young men than women. “The data supports the old insurance model where males were historically priced more highly than females. On average, they do driver faster – that’s what the telematics tell you. But you can use telematics to prove that you are a good driver, irrespective of your gender,” says Vaughan.

Country roads with 60mph limits are a deathtrap for young drivers.

Telematics devices know which type of road the driver is on, and find that young and inexperienced drivers handle winding roads poorly.

“When you are on a country road with a 60mph limit, you shouldn’t be doing anywhere near 60mph,” says Vaughan. “What young people need is more help in understanding where it is inappropriate to driven near the limit.”

Crispin Moger of Marmalade says: “Many newly qualified drivers still are too scared to drive on motorways. This results in them spending more time on rural roads. With narrow lanes, blind corners and slow-moving vehicles, these can be far more dangerous than the motorway: according to information published on gov.uk, 80% of young driver fatalities occur on rural roads.”

Erratic driving that causes accidents starts from the moment you leave home.

The data shows that drivers often handle a vehicle erratically for some time before becoming involved in an accident, for example after having an argument. Coverbox says it generates a 30-page report on every claims incident, which includes detailing the driving behaviour prior to the accident. “We see a trend of very fast and erratic driving which is different from the driver’s normal behaviour. Quite often it’s during the day rather than at night,” says Coverbox director Howard Collinge.

Insurers have always discriminated according to occupation. “Motor racing driver” is the most expensive insurance category, with “funfair employee” not far behind. Telematics is finding that NHS workers are the least likely to cause an accident. But Marmalade has found that gamers are relatively safe drivers, while customers with “reading” among their hobbies are among the riskiest drivers.

Younger drivers are worse at driving in the dark than older drivers.

Long, dark nights seem to be more of a problem for young drivers. Insurethebox says its analysis of claims data shows that accident risk increases threefold at night for the under-25s compared with a 50% increase for over-25s.

Speed is the root of all motoring evil.

“If there’s one thing young drivers need to do, it’s to slow down. Speed is the single biggest contributor to risk. About one-third of drivers drive too fast for the conditions on the road,” says Vaughan. Her data shows that drivers who speed 20% of the time increase their risk of having an accident by 87%.

Young males can be made to slow down.

“We contact the ones who are driving too fast through text messages and emails. We give their driving a red, amber and green status. People who we contact reduce their speed by an average of 15%,” says Vaughan. Good drivers receive bonus miles on their policy.

Coverbox says most drivers slow down after a warning, but add that with a small hard core of mostly male drivers, the speed pretty soon goes back up.

Marmalade warns persistently bad drivers of a £125 to £250 charge, and if it is not paid the policy is cancelled. “If a journey is flagged as red, meaning it contained some potentially dangerous driving, we will call our customers to discuss the problems. And yes, if it keeps happening, our customers understand that there will be a charge of £250. This is a hugely effective disincentive to poor driving, and over 95% of our customers consistently drive well.”

Telematics will save young drivers 37% on their insurance – if they drive well.

About 40% of young drivers are already buying insurance based on telematics. Insurethebox says for a newly qualified driver, usually aged 18-25, the average premium in the first year is about £1,200. “But in their first year after using telematics we are able to cut that by 37%. We reckon that in their first two years, someone with a telematics-based policy will save £2,000 compared with an equivalent conventional insurance policy.”

The cost of installing a recording device means telematics has largely been the domain of high-premium young drivers, but if you are an older driver facing premiums much above £750 a year, it can be a way of cutting costs.

Elaine Lancashire (pictured), who is in her 40s and lives near Rochdale, was involved in a “crash for cash” scam a few years ago that sent her premiums soaring. “As I was going through some traffic lights the car in front slowed down indicating he was going to turn, but didn’t and then set off again before slamming on the brakes for no reason so I hit the back of his car. He claimed for whiplash so I lost my no-claims bonus.”

Other insurers wanted to charge her thousands of pounds, but Coverbox said its premium would be £662.83 – so long as it could monitor her driving through a telematics policy.

“I’m definitely aware of the black box being in the car, and it makes me think about how I’m driving,” she says. “I look at my speedometer more than I used to, and I’m careful not to speed. If I don’t know the speed limit I tend to stick to 30. I think it definitely makes you a safer driver. Since having a box I accelerate and brake more smoothly, and leave a big gap while driving, especially on the motorway so I have more room and time to slow down smoothly.”

On renewal, the premium on her two-year-old Peugeot 108 fell to £463.72. She says she is happy to stick with Coverbox so long as its costs are competitive, adding that even if she moves insurer she will be happy to keep the box.

Do you have a ‘black box’ in your car? And have you found it helpful in reducing the cost of your insurance?