Motorists in loud cars could face fines from ‘noise cameras’ 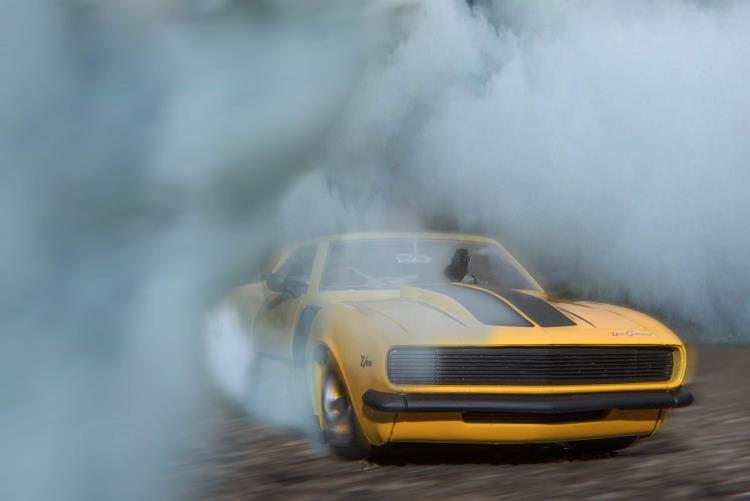 Motorists who break legal noise limits will face harsh fines, as the government trials new technology which can monitor the sound levels of a vehicle.

People with noisy cars and motorbikes could be handed fines under a new government trial of ‘noise camera’ technology.

On Saturday, the Department for Transport announced a seven-month trial for the prototype technology, which monitors the sound levels of vehicles to detect those that are breaking legal noise limits.

The system being developed, which may be rolled out across the UK if the trials are successful, combines a microphone with camera-based automated number plate recognition to help track noisy vehicles.

The technology will be trialled at several locations over the coming months.

Transport secretary Chris Grayling said the system would help to tackle “boy racers” who rev engines on their cars and bikes.

He said: “Noise pollution makes the lives of people in communities across Britain an absolute misery and has very serious health impacts.

“This is why I am determined to crack down on the nuisance drivers who blight our streets.

“New technology will help us lead the way in making our towns and cities quieter, and I look forward to seeing how these exciting new cameras could work.”

The Department for Transport clarified that the system is “not intended to target law-abiding drivers, but those who are flouting laws around noise.”

Laws states that vehicles must legally meet strict noise limits before they are allowed on the road.

Police already have the power to seize vehicles that are being driven in an “anti-social manner” and impose fines of up to £5,000 for those who fail to comply with noise abatement notices.

The city of Bradford recently introduced a public space protection order imposing £100 fines for drivers who play loud music or rev their engines.

High levels of noise pollution have been linked to a number of health issues including heart disease and type 2 diabetes.

In 2018, researchers from Germany’s Johannes Gutenberg University of Mainz found that transport noise contributes to the development of heart disease risk factors.

Their study, published in the Journal of the American College of Cardiology, called for new strategies to “help in reducing hazardous noise” in urban areas.

Thomas Munzel, director of the university’s Department of Internal Medicine, said that “as the percentage of the population exposed to detrimental levels of transportation noise are rising, new developments and legislation to reduce noise are important for public health.”

CEO of the Motorcycle Industry Association, Tony Campbell, said: “With growing pressure on the environment, including noise pollution, illegal exhausts fitted by some riders attract unwanted attention to the motorcycle community and do nothing to promote the many benefits motorcycles can offer.

“All manufacturers produce new motorcycles that follow strict regulations regarding noise and emissions and we welcome these trials as a potential way of detecting excessive noise in our community.”

The introduction of this technology is a fresh take on a tough stance for those who are anti-social with their vehicles. Motorists who infringe laws around sound limits may be taken by surprise with new ‘noise cameras’, and so could act as significant deterrents.