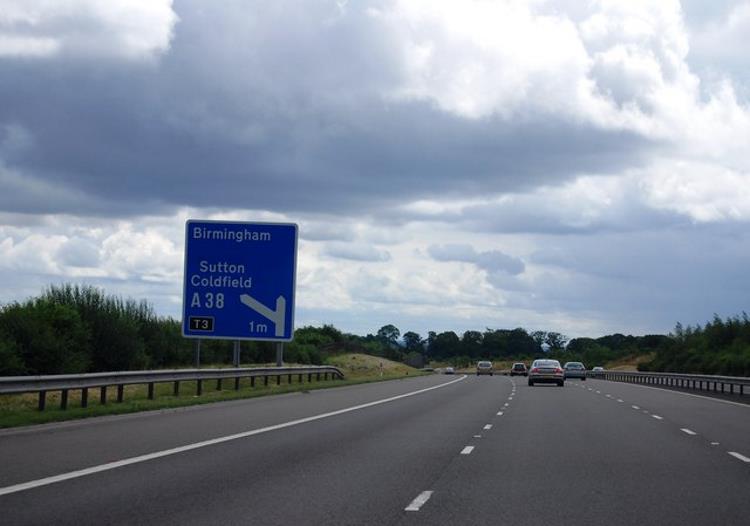 A transport watchdog has called for motorway junction signs to be redrawn to help prevent motorists making last-ditch manoeuvres.

Motorway signs should be redrawn because of concerns that poor visibility is contributing to a rise in careless driving, highways chiefs have been told.

The transport watchdog said that Highways England should review the layout of junction signs amid claims that too many are hidden by overgrown vegetation or high-sided lorries.

A report by Transport Focus said drivers struggled to see signs clearly, leading to people making last-ditch manoeuvres to pull off the motorway.

Anthony Smith, chief executive of Transport Focus, said that the position of junction numbers “can lead to careless driving which could perhaps be prevented”.

In a survey of more than 2,000 drivers it was heard that some are forced to swerve across lanes or solid white chevrons while others even risked reversing along the motorway after missing a junction because they could not see signs clearly.

Transport Focus found that 17 per cent admitted to making a “potentially unsafe manoeuvre” because the junction number was obscured. A further 29 per cent said that they had missed a junction after failing to notice the number.

Of those who had trouble recognising junction numbers, 74 per cent said that the main problem was large vehicles driving in the inside lane. Some 47 per cent cited “overgrown vegetation”, while others complained of views being obscured by damage to signs and poor lighting at night.

The report concluded that "Highways England reviews the position of junction numbers on road signs to ensure maximum visibility for the safety and convenience of all road users.”

A Highways England spokesman said: “We welcome any research which we can add to our own insight to help us better understand road users’ needs and improve their experiences on our roads.”

Struggling to see junction signs is a difficulty that many motorist organisations may not have been aware of, but one this survey has identified. Last-ditch manoeuvres are very dangerous, especially when done on a busy motorway. If steps can be taken to help motorists avoid this, the authorities should act on this information.