Motorways have become more dangerous since lights switched off 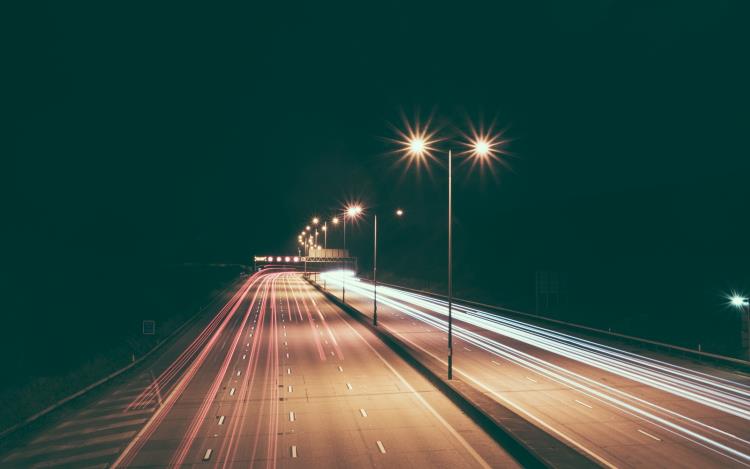 There has been an increase in the number of accidents on sections of unlit motorways – lights that have been turned off due to an initiative to reduce energy, a new report has found.

An initiative by Highways England to cut back on energy usage could be making motorways more dangerous.

A recent report by the Government-owned agency showed a significant increase in the number of deaths and injuries on unlit sections of motorway that previously contained working lights.

Highways England switched lights off on sections of the M2, M5, M6, M54 and M65 in 2010 and 2011 in a bid to save money on energy use and reduce associated carbon emissions.

The report found an increase of 88 per cent on the number of casualties on the sections of unlit motorway which were previously illuminated.

Lights were switched off between midnight and 5am - but figures also accounted for lights that weren't on due to maintenance issues.

And while casualties on now unlit sections of road increased over the time analysed by Highways England, casualty rates on the 1,433 miles of roads that were lit during darkness fell by 18.4 per cent - suggesting motorway lighting does have an impact on the number of collisions.

When the energy-saving initiative first began, the AA warned of the dangers of turning lights off on motorways.

The organisation is now calling for the impact to be further investigated.

Edmund King, the AA president, told The Times: “We believe that there should be a full investigation into the real consequences of turning lights off.”

But Highways England said it lights areas in need, and maintains safety is its "top priority".

Richard Leonard, Highways England’s head of road safety, said: “We light what needs to be lit, and we know where those locations are.

"We have a greater understanding of where night-time collisions occur and the impact road lighting would have.

"This means we can target lighting where it is needed, rather than putting lights everywhere.”

The report shows a direct correlation between the turning off of the lights on certain sections of motorway and the increase in the number of accidents on these sections, an issue which definitely warrants further, more detailed investigation.