My four-wheeled best-friend: how owners love their cars 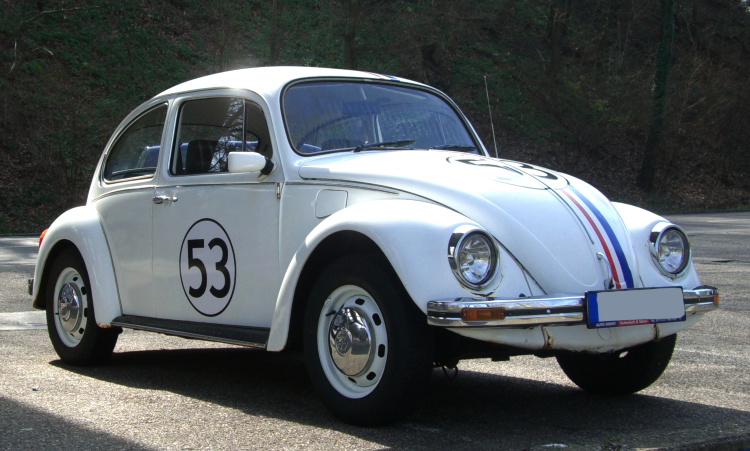 Whether you’ve been driving the same car for a number of years, or about to get a new set of keys to a four-wheeled friend, it’s likely you have named your car.

Britain’s love affair with motoring has reached a new peak with 40% of UK motorists give their cars nicknames, according to a survey carried out on behalf of WeBuyAnyCar.

The study reveals that drivers develop an emotional bond, which can make selling a car similar to the grieving process.

For those of you in the remaining sixty percent who don’t understand the process, it starts by deciding whether your car is male or female. This is decided largely on the basis of who builds it. MINIs, Fiats, Citroens, Suzukis and smarts are the top five brands considered to be female. The Ford Mustang muscle car is perhaps surprisingly low down the male list in fourth, ahead of Mercedes but behind BMW, Audi and Range Rover.

This trend is probably very stable, but the actual names chosen can vary wildly over the years. A similar survey conducted in 2007 showed that the most popular male and female car names were Harry and Britney respectively. It’s not difficult to guess why. Prince Harry was in his early 20s and gaining respect for wanting to serve with the British army in Iraq, while Britney Spears was launching her fifth wildly successful album.

The appearance of Tony at number 2 in the male list and Blair at number 4 in the female one suggests a high level of enthusiasm for the then Prime Minister, while Juno, the fifth most popular female name, probably refers to the acclaimed teen pregnancy film of that name released that year and starring Ellen Page.

The relevance of this year’s top names is less obvious, though since Kermit is the world’s most famous frog it sort of makes sense that most “male” cars are named after him. The choices of Bruno and Drake in second and third are probably influenced by musicians, while Harambe, in fifth, can only refer to the gorilla shot in Cincinnati Zoo in May 2016.

Four of the leading female names – Swifty, Dash, Fifi and Doll – seem generic rather than specific, unless the first one is a reference to Taylor Swift. As for Unicorn, at number 2, well, who doesn’t love unicorns?

One problem nicknames in this context is that they help create an emotional bond which is difficult to break when the time comes to sell the car. Even without them, the bond can exist. According to WeBuyAnyCar, 47% of respondents to the survey claim that “they love and care for their vehicle like a family member”.

“Ultimately, drivers spend an average four years and three months in their cars,” says Head of Technical Services Richard Evans, “and a lot can happen within that time. It’s a real mix of emotions with both happy and sad moments happening behind the wheel so it’s no wonder these close personal attachments are formed.”

WeBuyAnyCar also estimates that it costs on average £1500 per year to keep a low-mileage car in good health, not far short of the £1900 or so spent annually on the average UK partner.

Asked to comment on this, chartered clinical psychologist and author Dr Jessamy Hibberd said, “”It is important to remember that being attached to your car is not unusual. It’s OK to feel sad selling it after the time you’ve spent together.

“Selling a car is often the start of a brand new chapter in our lives. However, we tend to focus on the loss first and the reward second. Staying focussed on what the sale of the car will bring us, helps us to stay positive throughout the process, making it run a lot smoother all round.”

Dr Hibberd adds that one way to help the process is to stop calling your car by its nickname before the sale, so that you dehumanise it and make it seem more like a mechanical object which will shortly be replaced by a better one.

Whether you take pride in your car, or perhaps simply view it as a trusted friend that gets you from A to B, naming cars is inherently human. And if you want to grace your set of wheels with a nick-name, why not?