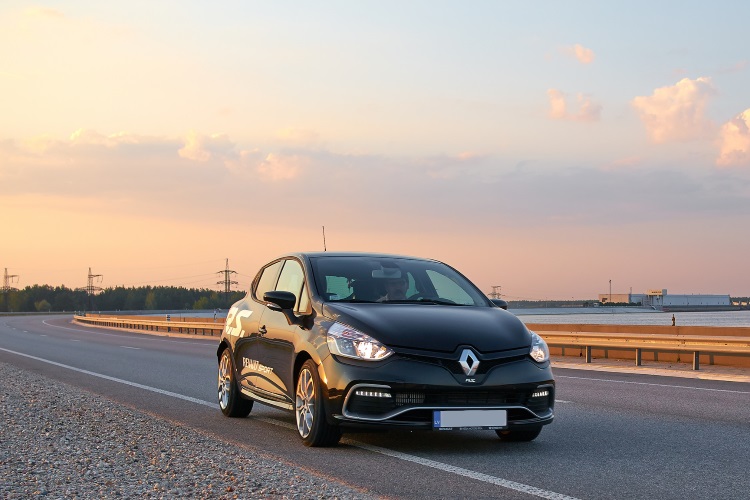 The Renault Clio has been a popular hatchback since it first hit our roads, and now it’s being given a remodel to give it a new lease of life!

Renault will soon undergo an interior design “revolution”, according to the brand’s head of design Laurens van den Acker. It will begin with the all-new Clio supermini, which will arrive in 2018.

Speaking to Auto Express Van Den Acker confirmed that a new Clio would arrive following the introduction of the Koleos SUV and hot Megane Renaultsport, and will most likely debut at the 2018 Paris Motor Show. Van den Acker also revealed that the Ford Fiesta rival’s interior would take a big step forward over today’s Clio.

“We need to make sure our next interiors live up to the standards of the exterior,” he told us. “We have more people [at Renault] working on interiors than ever before, and we are pushing a revolution”.

The next Clio will move towards an exterior design emulating that of the latest Megane, but in a smaller package. The biggest step on will be inside, where van den Acker is promising big jumps in terms of look and feel, with better materials, improved cabin ambience and next-generation tech.

“It used to be that just luxury cars had all of the tech for a long time, but now it will take just one or two years before the latest systems filter down to smaller models,” van den Acker added.

Advances in autonomous safety systems are promised, but the new Clio will also use a much larger and more responsive portrait-style touchscreen. The system will be an evolution of the version found in the new Megane and Koleos. Haptic feedback (where touchscreen users feel a physical ‘click’) and gesture control isn’t being ruled out either for future models.

Giving an old favourite a facelift has got to be a good thing, especially when it’s driven by advances from other manufacturers. As long as the prices remain affordable, healthy competition between Renault, Ford and other car manufacturers, can only mean good things for us as drivers in the future.