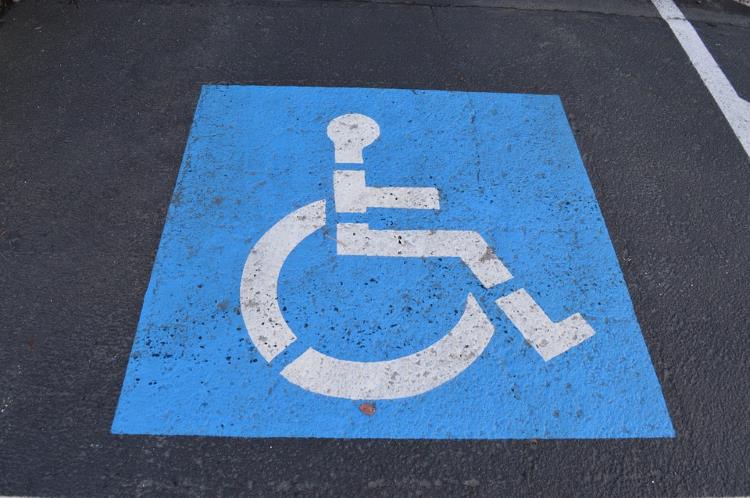 The government has published new guidance to help stop those with hidden disabilities being discriminated against when applying for Blue Badge permits.

People with hidden disabilities are a step closer to accessing blue badge parking permits following the publication of new guidance from the Department for Transport.

Officials said expanding the scheme will offer a “lifeline” to drivers or passengers with dementia, anxiety disorders or reduced mobility.

Local authorities will continue to have the final say on who qualifies, with the extended system set to come into force on 30 August.

“As a society we don’t do enough for people with hidden disabilities,” said Transport Secretary Chris Grayling.

“I hope this change to blue badge guidance will make a real difference to people’s lives.”

There are around 2.35m blue badge holders in the UK but the DfT could not estimate how many more people will qualify after the extension of the rules.

It said the Ministry of Housing, Communities and Local Government has agreed to provide £1.7m to help councils process the expected rise in applications in the programme’s first year.

“Extending the blue badge scheme is a watershed moment in ensuring those with hidden disabilities are able to travel with greater ease and live more independent lives,” he said.

The publication of the new guidelines coincides with the launch of a new task force to toughen up enforcement and help councils tackle fraudulent use of the badges.

It comes after the Local Government Association (LGA) estimated that the theft of blue badges had risen by 45 per cent in the 12 months to the end of 2018, a six-fold increase since 2013.

“Theft and misuse of Blue Badges under the existing scheme is on the rise,” said LGA transport spokesman Martin Tett.

“Despite limited resources, councils are trying to crack down on dishonest motorists by prosecuting offenders and seizing Blue Badges suspected of being used illegally, so it is good that the Government has listened to our concerns and has committed to a review which will support councils in tackling fraudulent use.

The expansion of eligibility criteria for blue badge parking permits marks the biggest change to the scheme since the 1970s.

It aims to help people with less visible disabilities such as anxiety disorders or autism for whom the anticipation of possible difficulties such as trouble finding parking spaces can cause extra stress.

The Blue Badge scheme already means people with physical disabilities can park closer to their destination than other drivers, as they are less able to take public transport or walk longer distances.

The Department for Transport said extending the scheme would help provide people with less visible conditions with better access to work and other amenities.

Officials added it would also help combat loneliness among those who are eligible by making it easier for them to stay connected to family and friends.

Opening up the opportunity for those with less obvious disabilities to be able to apply for a Blue Badge permit is a great step towards more inclusive and understanding local authorities. A lot needs to be done however to ensure that these new guidelines are not exploited by those who do not need them.