The new Top Gear line up 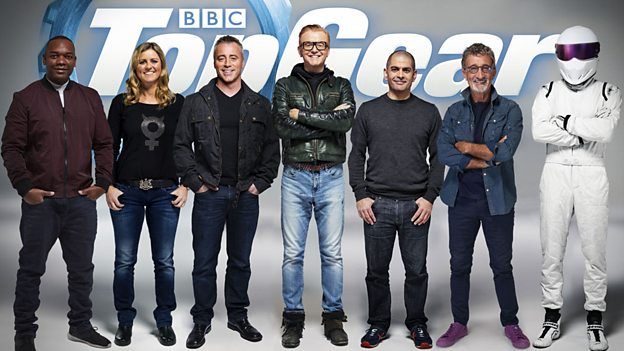 Top Gear has been a hot topic in the media for months, ever since the Clarkson and co departure. Well, the new team that will be front lining the show in May has been announced, and there’s some unfamiliar names in the mix.

Chris Evans has announced the full line-up of presenters for the new Top Gear series – with F1 pundit Eddie Jordan amongst the latest to join the team.

The final member of the team is someone you might not recognise, Rory Reid. He’s a motoring journalist who works for Recombu.com – but, like thousands of others, he put forward his audition tape and made it through the auditions.

He told TopGear.com: “When I submitted my 30-second audition tape, I knew the odds were very firmly against me.

“To be the only person to make it through the open audition process makes me immensely proud. I’ve been a Top Gear fan for decades, but more than that, I live and breathe cars in a way that is perfectly compatible with the show.”

The new Top Gear has been receiving a lot of attention in the press lately, with senior members of staff leaving the show and rumours that Chris Evans wasn’t up to the job.

But on his Radio 2 show this morning, Evans confirmed that things were on schedule for returning to television in May.

It’ll face competition from the original Top Gear trio of Jeremy Clarkson, Richard Hammond and James May – who are set to launch their own motoring show on Amazon Prime in the near future.

It’s no surprise that the revelations have caused a frenzy on social media this morning. We’ll start with the presenters, who’ve no doubt been keeping the news a painful secret for a while…

We’re rapidly approaching the release new show, and it will have a lot to live up to. The real question is whether these new hosts will be able to handle the pressure and publicity that will accompany their new positions.