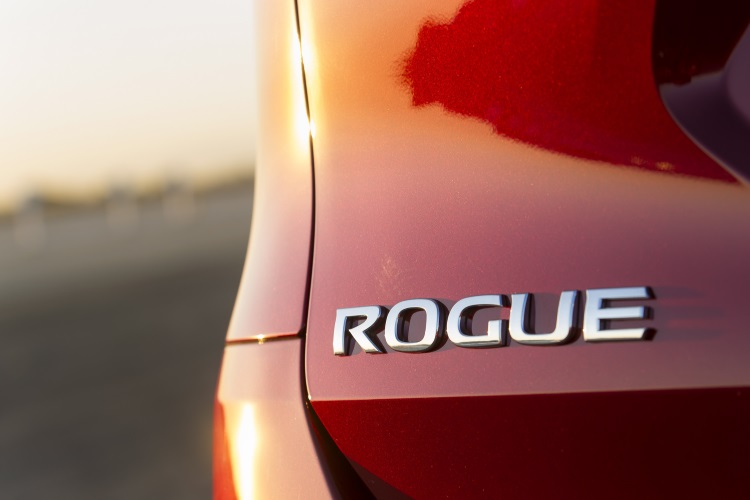 Sadly, we’re not expecting tank-like Qashqais any time soon, but do take a moment to enjoy the lunacy of a go-anywhere, tracked Nissan Rogue (think X-Trail for the US).

The windows are swapped for a more ‘military-style yellow glassworks’, for that tinted, sun-dappled look that should pinpoint any danger points on the school run.

And - how could you miss them? - all four wheels are replaced by 30-inch high, 48-inch long tracks for traction when the going gets tough and roads give up.

This is truly a Nissan Rogue that’ll take some stopping. Don’t believe us? Check out the video of it in action below - powered by the regular 2.5-litre four-cylinder petrol engine developing 170bhp and 175lb ft.

If you get stuck, the Warn 4K winch should help and the LED light bar on the roof rack will keep playtime going well after dusk. Alas, this concept car is very much about playtime, with no serious intent…

Well, they’ll soon be on sale in the US. It’s the first tie-up between the Star Wars film franchise and any car maker - oiled by the linguistic proximity of the latest Rogue One Star Wars movie and the Nissan Rogue.

A Star Wars Nissan? Is the force strong in this one?

Well, it's a bit of a damp squib of a special edition, if we're being honest. But let's not knock the cool factor of having a Star Wars branded car for some customers in a galaxy far, far away... Pick your 2017 Nissan Rogue: Rogue One Star Wars Limited Edition model in black or white, appropriately enough.

To celebrate this rogue branding exercise, Nissan rolled out a large Death Star hovering above its stand and employed a bunch of Storm Troopers to patrol the booths on some public days.

The Rogue is now Nissan’s best-selling vehicle in the US, three years after launch in 2014. The company is launching a new hybridised version and the Rogue Sport, the slightly smaller version based on the regular five-seat X-Trail rather than the seven-seat one.

Although its unfortunately not going to be going on sale anytime soon, it does however bring a smile to your face, making it a desirable and entertaining vehicle.