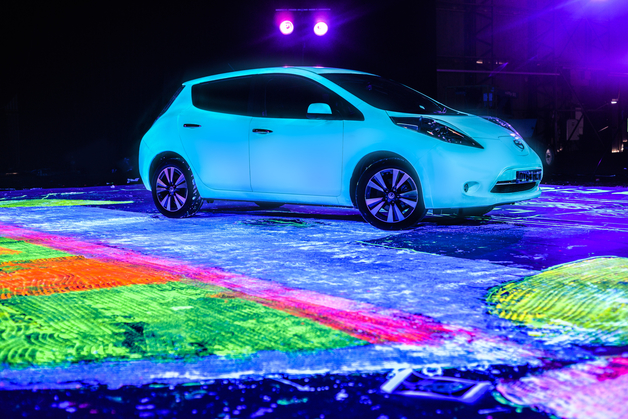 Sixty litres of glow-in-the-dark paint were involved in breaking a Guinness world record last month. The Nissan LEAF was used to spread pools of the paint across the canvas with its tires to create the giant, glow-in-the-dark, automotive self portrait. The Nissan Leaf was photographed by GF Williams while it painted the giant "selfie" on the floor.

“You have to rely on someone with good car control – in this case, car photographer GF Williams – especially with the Leaf which has immediate torque, so it’s very stop-and-go.”

Cook added that painting in complete darkness made this project a real challenge. “The only time I could see anything was under black light,” he said.

The Nissan Leaf is a fully electronic car and has already shown its use with its popularity in the Netherlands. The painting has been awarded the record for the largest glow-in-the-dark painting ever by an Official Guinness World Record adjudicator on 20th March.