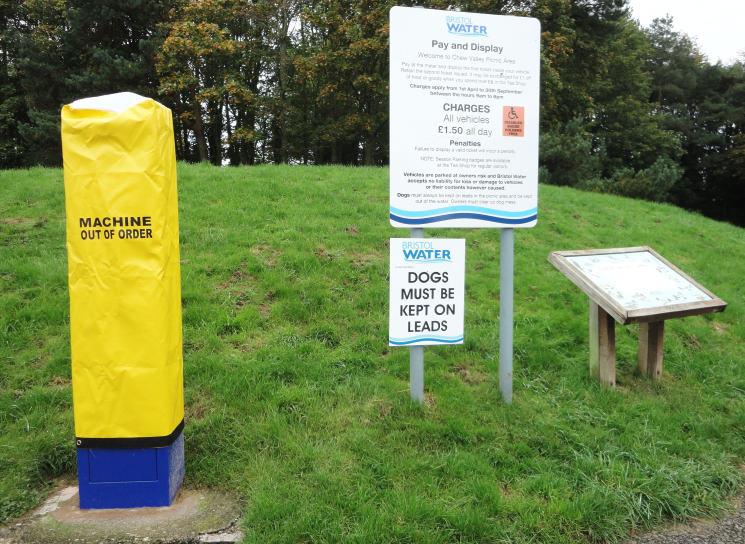 Finding the exact change to pay for parking can be a challenge, even more so if the parking ticket machine doesn’t accept the new £1 coin.

If you intend to pay for parking with a new £1 coin at a ticket machine you could be facing a game of Russian roulette, the AA has warned.

After the motoring organisation issued a freedom of information request to local councils, it found that more than one in five haven't converted their machines to accept to the coin.

With drivers set to hit the road this weekend for the start of the summer holiday getaway, the AA warned they could run the risk of a steep fine if they're unable to pay for parking.

Of the 340 councils who responded to the AA's request, 74 running coin-operated ticket machines admitted that not all of them had been switched over to accept the 12-sided £1 by the beginning of July - that represents 22 per cent of all councils.

Even by next month, in the middle of the holiday period, 46 councils - or 14 per cent - will still make it difficult for visitors to pay to park in many places.

Travellers planning a holiday in Devon, Wales, Scotland, Oxfordshire and other areas of rural beauty are at the greatest risk, according to the AA's new investigation.

As an alternative, some local authorities are suggesting that visitors set up payment with the council's mobile phone cashless payment systems.

However, these have proved over-complicated, frustrating and not all that reliable in the past, which could land drivers with a penalty charge notice if they unwittingly fail to cover the cost of their stay.

The AA also said that many councils installing new machines to accept the coin have incorporated the system that requires the driver to enter their vehicle registration number to verify they have bought the ticket legitimately.

It described these machines as 'the bane' of elderly people, those in a hurry, drivers with a new or rented car who haven't yet memorised their plate digits or someone who has left their reading glasses in their vehicle.

That said, it doesn't take much to take a photo of your registration number when you park or simply return to the vehicle to memorise the numbers and letters.

AA president Edmund King said drivers shouldn't be held accountable if they're trying to pay for parking with a new £1 coin and the ticket machine doesn't accept it.

Until the switch-over process is complete, drivers should be able to park for free, the AA's spokesman added.

He said: 'If councils are having difficulties because their contractors are under pressure, or because replacement machines, parts, or software have yet to be delivered, the driver shouldn't be blamed.

'If the machines are unfit for purpose because they can't take the legal tender for a parking charge at £1.60 or £3.60, that's the councils' problem.

'Either make the car parks free to use until the machines are converted or provide some kind of online means to pay the charge within a reasonable time – without having to waste time and often pay extra to sign up to cashless parking system that a holidaymaker may never use again.'

King also added that difficulties paying for parking could have an impact on the level of tourism in rural or city holiday destinations.

He added: 'Drivers are forced to go through unnecessary, costly and time-consuming appeals – councils and parking operators hoping that the drivers won't bother and they get the fine revenue. In effect some operators are just coining it in.'

Separate research conducted by Churchill Car Insurance recently revealed that UK drivers waste £2.2billion every year because they don't have to the correct change to pay for parking.

The insurer said 62 per cent of motorists admit to overpaying for parking because they don't have the right coins in their pocket, mainly due to a greater reliance on using cards and mobile payments.

It means that 'over spenders' are buying more than an hour's extra time every week that they do not need.

On average, parking costs £1.33 per hour on average across the UK, although an hour in London will set drivers back on average £1.81 compared to Scotland where it is just 98p an hour, the study claimed.

Steve Barrett, head of Car Insurance at Churchill said: 'Spending an extra £2.68 a week may not sound like a huge amount but it soon mounts up, with drivers throwing nearly £140 away every year. That's enough for a family day out or to make a decent dent on household bills.

'In an age of contactless payment machines it is a shame that drivers are still being short changed because they simply do not have the correct change.

'Car parking companies and local councils should further embrace contactless technology and parking apps to make paying for parking as easy as possible.'

Paying by card, contactless payment or paying over the phone could easily solve the problem of not having a parking machine that accepts the new £1 coin. Making payment, quick, simple and adaptable to future change needs to be the focus moving forward, to avoid issues like this in the future.