Picking up the kids from school today? Leaving your car idling for 10 minutes each school day for a year creates toxic fumes to fill two jumbo jets! 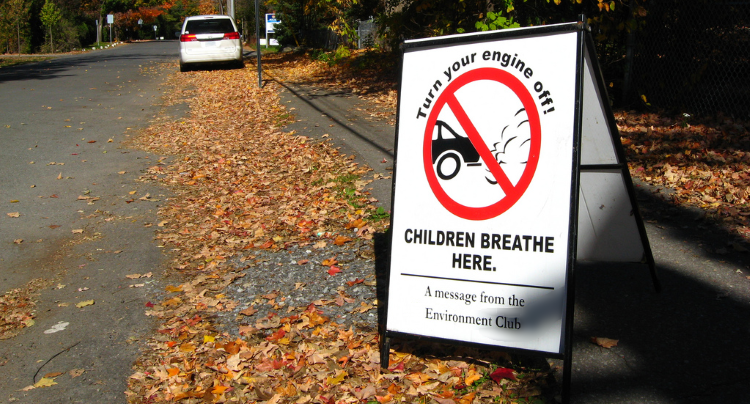 Recent research has highlighted the impact of not turning off your engine at the school gates, with 20 minutes of idling a day capable of filling a swimming pool with fumes.

With many children heading back to the classroom this week, experts are warning parents about the dangers of leaving their cars idling at the school gates.

A new study by ClickMechanic found that each driver who doesn't turn their car engines off during a 10 minute period spent waiting for their kids produces enough excess fumes to fill two jumbo jets a year.

Health experts are now calling for 'no idling zones' outside schools over fears that children are being exposed to a high concentration of dangerous emissions as they exit the school gates.

Public Health England and Care Excellence have backed the idea of a crackdown on engine idling outside schools, as well as hospitals and care homes to protect those most vulnerable to harmful emissions.

A recent study by Barcelona's Centre for Research in Environmental Epidemiology found that children's brains slow down when they are exposed to high levels of air pollution.

The research identified that pupils who breathed in toxic diesel fumes on the way to school struggled to perform as well as normal, taking longer to respond to questions and finding it harder than usual to concentrate. On days when air pollution peaked, the problems worsened.

Additional studies have warned that parents are exposing their children to toxic gases just by driving their kids to the school gate because they provide very little protection from the fumes produced by the vehicle. A study by Professor Sir David King warning it could stunt the growth of children.

'Air Marshals' in Westminster are already issuing £80 fines to those caught in the act of not switching off their engines and then refusing to do so, though health associations have demanded for wider policing in a bid to strangle emissions outputs in the most at-risk locations.

Just by letting an engine tick over for a minute a day on the school run generates enough harmful gases to fill 150 balloons - extend that period of idling to 5 minutes and your car will emit excess fumes to fill 23 shipping containers.

Many parents admit that they don't switch their engines off during the time they're waiting for their children to emerge from the classroom, mainly because they're unaware that it is illegal.

According to Rule 123 of The Highway Code, you must 'not leave a vehicle engine running unnecessarily while that vehicle is stationary on a public road.’

By simply switching off the engine whilst waiting, drivers in the UK would dramatically reduce the level of pollution and the associated health risks for those breathing it.

Andrew Jervis, Co-Founder of ClickMechanic, said: 'Switching off your car’s engine whilst you wait at school is a small change which will have a huge impact on our carbon footprint.

'Leaving an engine to idle wastes fuel, costs money and adds to the pollution.

'It also contributes to the potentially harmful emissions around the school and can affect both yourself within the car and those around.

By putting a stop to this popular habit, drivers in the UK will be taking a step closer to cleaner, safer air.'

Steve Gooding, director of the RAC Foundation, backed the suggestion of introducing a fine system - similar to that introduced in Westminster - across the UK to enforce a clampdown on unnecessary emissions production.

He said: 'With concern about the air we breathe running high, nowhere more so than outside schools, it is simply irresponsible for people to sit with their engines idling making matters worse.

'The Highway Code already prohibits idling but perhaps it will take the introduction of a fine to make people stop and take notice.'

Facing pressure from ministers in a bid to reduce the nation's emissions output, local councils are considering the introduction of clean air schemes to banish older diesel cars from city centres.

Government-back low clean-air zones are also due to be introduced across the UK in 2019, following the London Toxicity Charge in October this year and Low Emissions Zones in 12 months' time.

Neil Greig, director of policy and research, added: 'IAM RoadSmart don’t object to giving councils the power to fine drivers but they must use these powers with a high degree of common sense.'

Air pollution is a problem that needs to be taken seriously, especially as the nature of this issue on the school run is directly impacting future generations. Find out more about this issue in our recent article, “How Does Idling Your Engine Affect Your Car, the Environment and Your Wallet?” 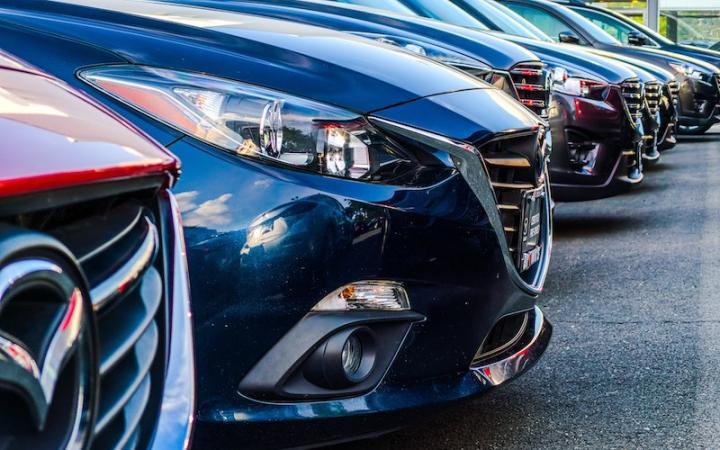