Rise of the white van woman: a third of commercial vehicles are now owned by female drivers 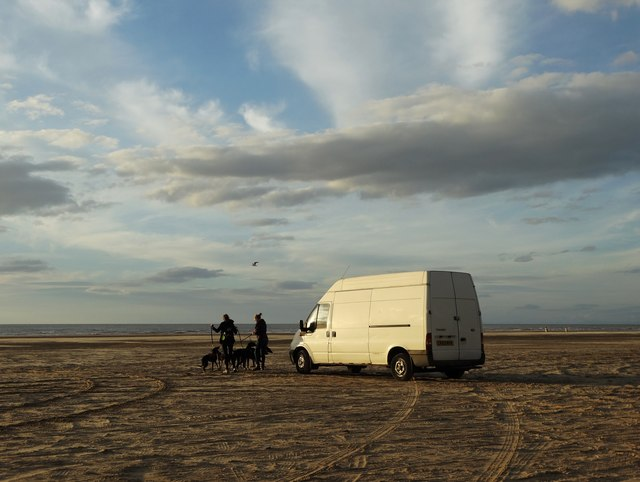 There has been a 29% increase in female applications for heavy vehicle licenses, and this has resulted in 32% of van buyers now being female. Therefore, the stereotype of ‘the white van man’ is clearly dying out!

The term 'white van man' might soon have to change as more women are buying commercial vehicles than ever before, according to Auto Trader.

It said that women now make up 32 per cent of all van owners, and the diversity of those driving commercial vehicles is considerably different to what stereotypes suggest.

Female driving licences to operate some of the heaviest vehicles on the road have soared by 29 per cent in the last three years, changing many of the misconceptions you may have had about those at the wheel of white vans up and down the UK.

Auto Trader, the UK's biggest car and vehicle listing platform, said that the stereotype of the white van man was 'considerably under threat' now that the van has broadened appeal for a range of occupational and leisure pursuits.

But it's the shift in the breakdown of ownership by gender that will surprise many, as more women look to get behind the wheel of Ford Transits and Mercedes-Benz Sprinters up and down the country.

Auto Trader's research also revealed that female applications for C1 or C1E licences, which qualifies drivers to get behind the wheel of heavy vehicles between 3,500 and 7,500kg, have risen 29 per cent since 2014.

The study of more than 2,000 van buyers also identified other inaccuracies pegged on drivers of white vans.

An increase in small internet businesses and self-employed workers has forced the changes to white van men traditions, along with more people wanting vans for their weekend leisure activities such as bike riding.

In fact, of the 1.4 million households in the UK that own a van, two in five claim that they use the vehicle for activities that are not business related.

This growing demand for vehicles to help facilitate lifestyle and weekend hobbies has seen vans become a more cost-effective alternative to larger cars or SUVs, and it could explain the robust health of the used vans market, which showed a 4.4 per cent increase in sales in the third quarter of 2017.

And this has been evident with the total volume of van searches on Auto Trader as well, it said.

Van listing views increased by 47 per cent from January-October this year, with 10.5 million adverts being clicked on per month on average.

This shift in ownership has had a wider impact on the type of person you're likely to find at the wheel of a white van.

Becoming less common are vehicles with pie wrappers and tabloid newspapers littering the dashboard - in their place are broadsheet readers and a greater number (37 per cent in total) of middle class drivers.

Auto Trader's Erin Baker, said: 'The van has many benefits beyond couriering work equipment, and now with modern interiors, better technology and connectivity and an overall driving experience that’s becoming more comfortable, car buyers are increasingly turning to the van when it comes to considering a vehicle that meets their occupational and lifestyle needs in equal measure.'

The increase in female white drivers is thought to be the result of a rise in small business owners and those with active hobbies. Have you joined the ‘white van club’ recently?