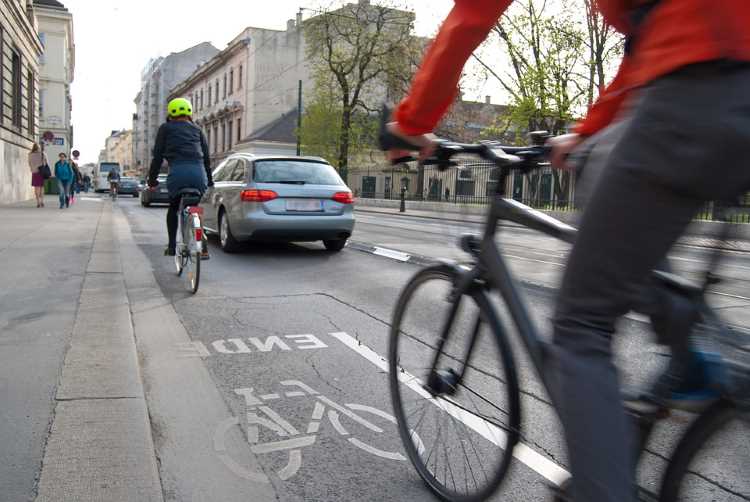 A ‘bikeability’ training course for drivers to learn about safe driving etiquette around cyclists has been proposed by the Government, and could reduce your insurance premium if taken.

Motorists who learn how to drive safely around cyclists could be given discounts on their car insurance, a new government proposal suggests.

Under the initiative, drivers who complete the national ‘Bikeability’ training course should be offered a cut-price deal on their premium as reward for taking part.

The Department for Transport (DfT) says the course would improve drivers’ awareness of cyclists and enhance the safety of all road users.

Unveiled by transport minister Jesse Norman, the proposal is just one of a raft of road safety suggestions that include changes to the Highway Code.

Other schemes could bring about an online portal allowing road users to submit dashcam and helmet cam footage to police, should they witness an offence.

No-parking zones could also be installed on designated cycle lanes to stop motorists blocking routes and forcing cyclists into traffic.

Changes to the Highway Code are also expected to give guidance on the so-called ‘Dutch Reach’ technique for opening car doors, as well as new direction on overtaking distances and junction priorities.

The Dutch Reach method sees drivers use the hand furthest away from the door to open it, giving them a better view of cyclists and other road users coming up behind them.

Mr Norman said the range of the proposals would not provide essential protection for vulnerable road users, including cyclists, pedestrians and horse riders.

He said: “We want to improve air quality, encourage healthy exercise, reduce obesity and boost our high streets and economic productivity. That means more support for cycling and walking, and that’s why these new measures are designed to deliver.”

However, Paul Tuohy, chief executive of Cycling UK, called on the proposals to do more to curb motorists breaking the speed limit.

He said: “While the DfT’s proposals for amendments to the Highway Code will help save lives, ignoring the threat and dangers of speeding is disappointing. Lowering vehicle speeds around people walking, cycling and horse riding doesn’t just reduce the danger to them but also their perception of the danger.”

The proposed scheme is an interesting attempt to try and improve road safety for cyclists. The monetary incentive may be a good way to increase the number of participants, but whether it will change the entire nation’s attitude to cyclists on the road is another question.