Should You Be Proud To Stay In The Middle Lane? 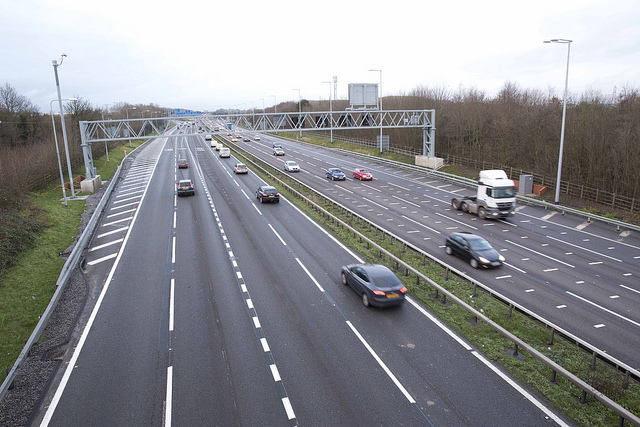 Should those that ‘hog’ the middle lane be considered some of the safest drivers on the road, instead of being accused of being the source of annoyance for most motorists?  Instead of breaking the speed limit in the outside lane, or getting ‘stuck’ on the inside lane, some drivers feel as though they should be commended for staying put in the middle.

Allison Pearson, from the Telegraph, reports:

“What’s wrong with being middle of the road? The middle of the road is an excellent place. It’s the Goldilocks Lane, neither too fast nor too slow. We Claras and Clods sit in the middle lane not because we are hogs, I can assure you, but because it’s the place where you are safest from maniacs.

Venture into the outside lane and it won’t be long before some black Terminator cruiser with a bull nose and quiet, understated Third Reich radiator grille is on your tail. At such moments, I long to have a sign light up in my rear window which reads: “I am doing the national speed limit and would prefer to stay alive. So back off!”

Safely back in the packed middle lane, you decide to do as the law instructs and get into the inside lane. Indicating, you move to the left and find your car is now the ham in the sandwich of two German juggernauts. Strangely, the driver behind appears not to have read the section of the Highway Code about typical stopping distances.

Don’t blame us Claras and Clods; we make what sense we can of motorway madness. In the unimprovable words of Stealers Wheel: “Clowns to the left of me, jokers to the right, here I am stuck in the middle with you.”

This controversial way of thinking may be adopted amongst motorists more than you might think, hence the consistent ‘hogging’ of the middle lane. While 80% of motorists know that middle lane "hogging" is illegal, they persist in continuing for a number of other reasons. When the law was announced in 2013, Be Wiser welcomed the news in a bid to nudge drivers into being safer and more considerate on Britain's motorways.