Should you buy winter tyres? 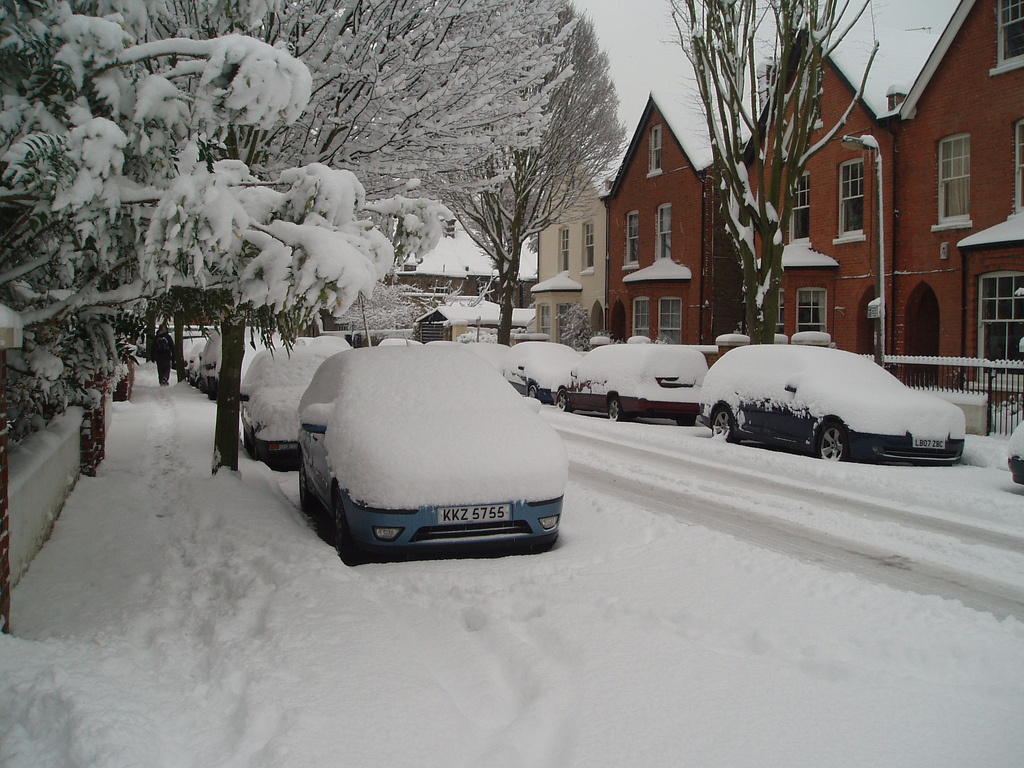 The threat of snow and ice for the first few months of the year begs the question of whether it’s worth investing in winter tyres. There’s plenty of positives for getting your car more suited for lower temperatures, discussed below.
Alex Robbins, The Telegraph, reports:
As the temperature drops, many buyers will be wondering whether it’s worth investing in a set of winter tyres. Here’s our guide:
Winter tyres have been the source of plenty of debate in recent years. First, a series of bitterly cold winters in the UK caused the public to wake up to their existence and start asking whether they should buy a set.
What is a winter tyre?
There are three main types of tyre one might consider using on the road in the UK. One is the summer tyre; this is what the majority of British drivers use and what you might think of as a “normal” tyre.
Summer tyres have a relatively hard compound, which means they soften off in milder temperatures to provide lots of grip – most of the time, reckoned to be above 7oC. That, however, makes them less useful when the temperature drops below that figure, when they’re too hard and can’t provide enough grip.
Winter tyres, more accurately called “cold weather” tyres, feature a snowflake symbol on the side, and are made from a softer compound. That means they’re still soft enough to provide the grip you need in temperatures below 7oC.  They also have a different tread pattern, with fine grooves or “sipes” cut into each tread block that bite into the snow better.
Between winter and summer tyres sits a third way: the all-season tyre. The aim of this tyre is to offer the best of both worlds; a softer compound than a winter tyre so that it can be used in both cold and mild temperatures, but still featuring sipes to help with grip in snow and slush. These tyres are reckoned to be useful down to -5oC.
Which is best for use in the UK?
On the face of it, the all-season tyre should be best-suited for use in the UK, as it is rated best for use in the sorts of temperatures we face throughout the vast majority of the year.
However, many experts consider there to be a “jack of all trades, master of none” aspect to the all-season tyre; while it’s better in cold temperatures than a summer tyre, and vice versa, it isn’t as good as keeping two specialist tyres and switching between them from season to season.
The question of whether we need to use winter tyres in the UK is the most hotly-debated. It all centres around how much of the season you think you’ll spend below 7oC. If you find yourself below that temperature for most of the winter, then buying a separate set of winter tyres and changing them over every October and March is the optimum solution.
Otherwise, sticking with your summer tyres, or alternatively, buying a set of all-season tyres to run throughout the year, might be a better bet.
So winter tyres aren’t just good for snow and ice?
No. In fact, current research suggests winter tyres are better than summer tyres any time the temperature drops below 7oC. That means a car fitted with winter tyres should stop more quickly and be less prone to skidding in any weather conditions if the temperature drops below this mark.
But buying an extra set of tyres is expensive, isn’t it?
Yes. Winter tyres are often slightly more expensive than summer tyres to buy, but having an extra set is quite a significant expense – especially if you team them with an extra set of wheels to make switching over even easier, just like they do in some European countries.
However, it’s worth bearing in mind that although you have to pay for two sets of tyres, they also last twice as long; in other words, much of the extra cost of the winter set is mitigated by the fact that they take the load off your summer set for half the year.
And as for the spare set of wheels, you can always sell them on when the time comes to part ways with your car, and recoup a chunk of your outlay.
Are there any cheaper alternatives to winter tyres?
You can buy snow socks, which are large blankets that fit around your normal tyres and give extra grip in snowy conditions. The good thing about these is that they cost a lot less than winter tyres, and can be installed quickly and easily when the snow falls, unlike winter tyres which have to be fitted for most of the winter or in advance of any snow fall.
However, the downside is that they aren’t as effective as winter tyres, and won’t provide as much grip or traction as a result. What’s more, they are only a temporary measure – you can’t leave them on for the whole winter, and they won’t give any extra benefit when the weather isn’t snowy.
The same goes for snow chains, although the circumstances in which you can use these are even rarer – the road must be completely covered and protected by a layer of snow and ice, as otherwise they damage the road surface. Otherwise, you could be liable for a fine.
Hopefully the above gives you enough informative to reach a sensible conclusion.  But it’s also worth considering where you live and your daily commute. For example, if you live in a small country village with poor surrounding roads unlikely to be gritted properly during the colder months, perhaps investing in a set of winter tyres would be particularly beneficial.