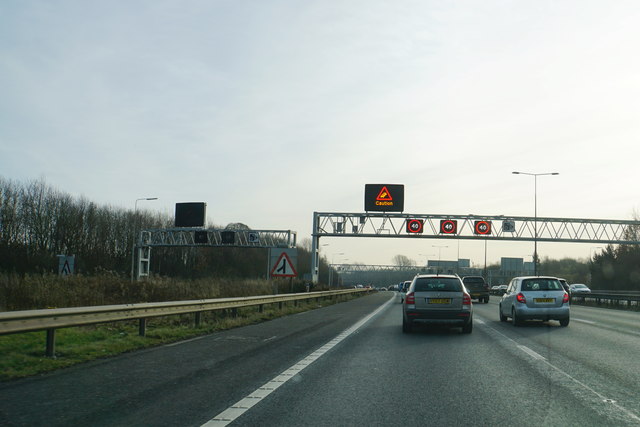 Highways England has announced plans to double the length of smart motorways on UK roads.

Smart motorways are expected to increase by 400-miles across the UK in bold new proposals despite safety concerns. This would see smart motorways occupy around 800-miles of the major road network in Britain.

Highways England has stated that smart motorways are safer than traditional motorways which have emergency lay-bys. Smart motorways do not have a hard shoulder, which has raised some safety concerns from motoring groups.

The reason there has been some opposition to these roads is because there is a relief that drivers must stop in ‘live’ lanes.

Smart motorways work by using the hard shoulder as a permanent fourth lane to ease congestion and in the case of a crash. If there is an accident a lane can be closed to allow emergency services to get to the incident quickly.

Information such as speed changes or lane closures are displayed on the overhead gantry.

Drivers can be fined £100 if they drive in a lane which has a red X displayed.

Jim O’Sullivan, Highways England chief executive, told The Sunday Times: “With the volume, speed and size of modern cars, the refuge areas are safer than the hard shoulder.

“We are now well into smart motorway operation and the statistics we have are reliable.

“They are telling us that the safety record on smart motorways is arguably better than what we see on conventional motorways.”

Highways England figures found that in 2017 there were 16 crashes on smart motorways involving stationary vehicles.

Over the same time, there was 29-crashes on the rest of the UK’s roads, which covers around 1,800-miles of road.

Smart motorways are set to increase from 416 to 788-miles of roads by April 2025 and be renamed ‘digital roads.’

The introduction of new smart motorways is a clear indication of how our roads will continue to develop in the future, with the integration of new technology.