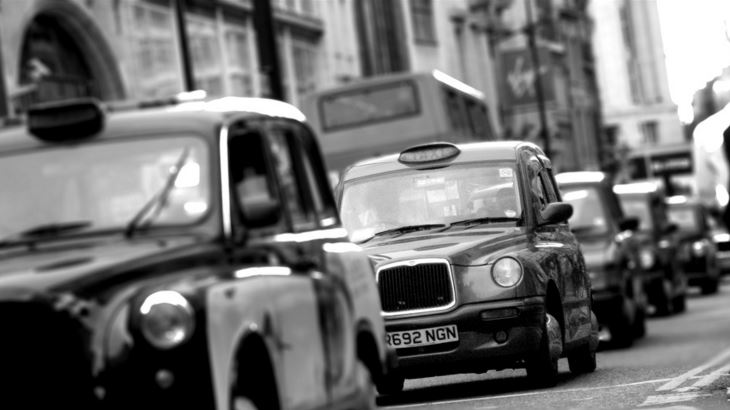 Our beloved black cabs of London, arguably as appreciated as our red London buses, have been under threat with the new Uber taxi service.  Uber offers an internet alternative to booking cabs, using location software to pick up a person from their exact location, without having to give the driver an address.  Black cabs have jumped into combat to defend their London territory, and have done so with the introduction of an environmentally friendly alternative.

“This, Londoners, is your new black cab. The formidability of Uber means one of the capital’s most recognisable icons has been on the ropes a bit of late, its famously knowledgeable drivers somewhat perturbed by the rise of internet-flagged rivals.

So the new London Taxi Company TX5 must help them fight back. Its components are all-new, with a lightweight aluminium and composite structure, while diesel power has gone, a range-extended electric setup in its place.

The TX5’s ability to run with zero emissions for much of its day – with a petrol engine as back-up to ensure a bunch of them don’t litter Pall Mall short of charge – should help lessen the emissions floating around London considerably, as well as make awkward conversation attempts from your driver more audible.

No actual performance figures have been quoted, but the current TX4 has around 100bhp. You really don’t need more to crawl through stifling traffic, after all. More importantly, an electric range of over 200 miles is promised - which, if achievable, is mighty impressive.

While the shape is classic black cab (and far easier on the eye than Nissan’s alternative), it’s more commodious, and things have been brought right up to date with wifi, charging points aplenty and even a panoramic glass roof to aid tourists’ sightseeing.

Newfound luxury hasn’t seen the black cab’s more prosaic character traits forgotten, though; wheelchair access is still a doddle, the turning circle is still miniscule (famously black cabs have needed to spin around in eight metres so they can navigate the Savoy hotel entrance) and there’s face-to-face seating for six.

London Taxi Company is now owned by Chinese company Geely, hence the TX5’s grand unveiling during the week of China’s state visit to the UK. Production will start in Coventry in 2017, just in time for rules demanding zero emissions-capability from all new London taxis.

Reckon the TX5 is cool? Or are cheaper fares a bigger priority than appeasing the environment to ween you away from Uber?”

What it will boil down to is whether people would rather have the convenience of being picked up from their exact location, at a cheaper price and just at the click of a button -  or if the lure of an eco-friendly alternative will be enough to sway the British public to keep their Black Cabs alive.