There’s been a rise in learner drivers who attack their driving test examiner if they fail. 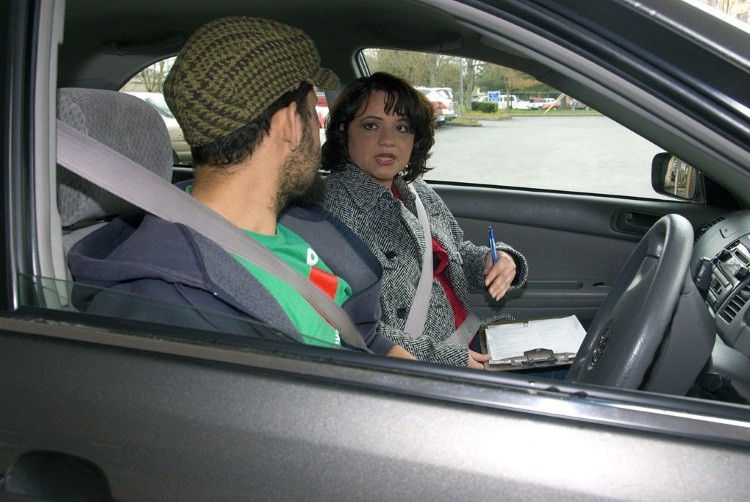 Many new drivers fail their driving test, especially the first time. Learning to drive and passing is a privilege that is earnt through hard work and concentration; it’s not a right. This makes attacking the examiner even more unjustified.

Driving test examiners could be given body cameras following attacks by failed candidates.

Around 240 incidents of physical or verbal abuse were reported last year – up from approximately 180 in 2015, the Driver and Vehicle Standards agency (DVSA) said.

Attacks on all staff – including vehicle testers and roadside enforcement officers – rose by around 50 per cent to more than 300 over the same period. The DVSA has launched a crackdown as a result, including trialling body cameras for front-line staff.

They will initially be given to roadside workers but could be rolled out to include driving test examiners if they prove effective, the agency said. Cameras are already used by many police forces to record their officers' interactions with the public.

The DVSA also pledged to make abusive learner drivers take their next test elsewhere and to refer all incidents of threats and physical assault to the police.

DVSA chief executive Gareth Llewellyn said: 'We do not tolerate anyone abusing, threatening or assaulting them. Whatever has happened, don't take it out on our staff. If you do, we'll press for the strongest possible penalties.'

'Our message is clear - whatever has happened, don't take it out on our staff. If you do, we'll press for the strongest possible penalties.'

RAC road safety spokesman Pete Williams said: 'Examiners at the DVSA play a vital role in ensuring the safety of drivers and vehicles on our roads on a daily basis.

'It's therefore disappointing to see such a marked increase in the level of verbal and physical abuse they are encountering from the very people they are trying to help.

'The majority of UK drivers and road users will wholeheartedly support a zero-tolerance approach to such behaviour.'

The DVSA said there have also been cases of vehicle examiners and roadside enforcement staff being bullied.

A driver and operator from a Shropshire scaffolding firm made a false claim against a DVSA employee who discovered offences relating to the recording of drivers' hours.

Wales traffic commissioner Nick Jones rejected the firm's accusation and concluded that the 'appalling behaviour' of the driver had been condoned by his 'irresponsible' employer, resulting in a 'significantly disproportionate' complaint made against an experienced traffic examiner, the DVSA reported.

Mr Jones said: 'My fellow traffic commissioners and I welcome the agency's campaign to tackle the unacceptable abuse which staff may face whilst carrying out their professional duties.'

Although a driving test can be a stressful situation, it never justifies violence on failure of the test. To have examiners fitted with body cameras for their own safety is disappointing and hopefully not a growing trend amongst new drivers.