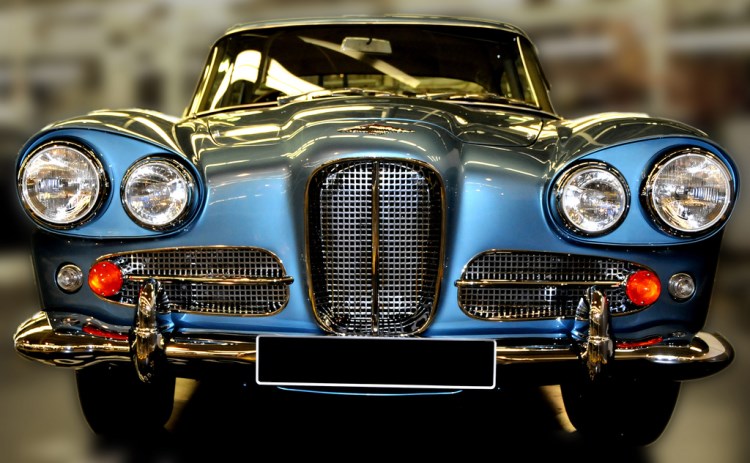 As Britain’s biggest private car collection goes to auction it's going to be a hard fought battle between ex-Top Gear presenter Jeremy Clarkson, and his possible replacement, Chris Evans. With hundreds of vintage motorbikes and classic cars, this auction is going to attract motorists from all over the world – but we're keeping an eye out for the head-to-head between Clarkson and Evans.

More than 150 cars, 60 motorbikes, a gyrocopter and a soviet rocket launcher are in the huge private collection

Amid the Army tanks and old buses and more, the collection's most sought after item is an Aston Martin Lagonda

Former Top Gear presenter Jeremy Clarkson is expected to go head to head with his possible replacement Chris Evans as the two bid on items in the UK's largest private car collection.

If the rumours are true about the two being at the auction, given that Jeremy knows he will could be bidding against his replacement, it will be very interesting to see whether this rivalry will inflate prices at the auction.