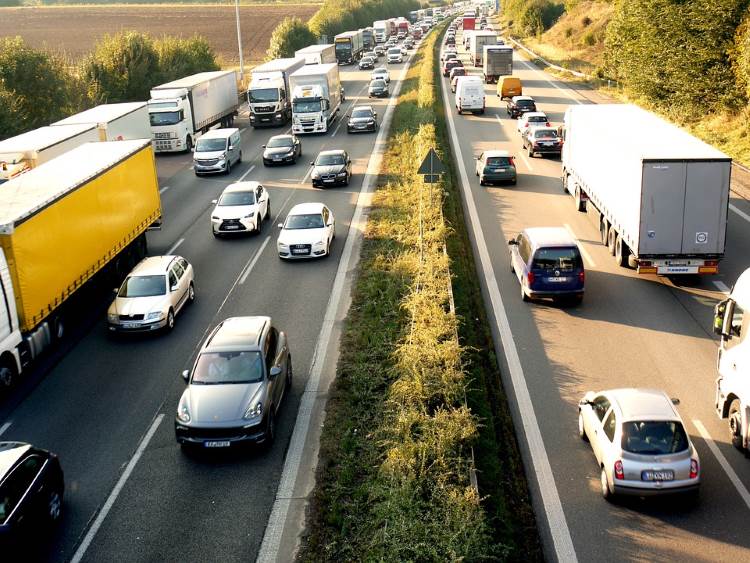 London is the sixth most gridlocked city in the world according to new research, with national congestion costing the UK economy billions of pounds last year.

Transport data firm Inrix calculated that the average road user in London lost up to £1,680 due to jams.

Liverpool had the lowest cost of congestion among the cities studied, at £878 per driver.

London and Edinburgh are the country's slowest cities with an average speed for journeys into the central business district of just 7mph in peak time.

The A406 from Chiswick Roundabout to Hanger Lane, west London, topped the Inrix list of the worst traffic corridors, with the average driver wasting 61 hours per year in congestion in 2018.

Other roads in the top 10 for hold-ups last year were:

Congestion cost the UK an estimated £7.9 billion last year, at an average of £1,317 per driver.

The research found that London is the sixth most gridlocked city in the world when population is taken into account.

Moscow tops the list, ahead of Istanbul, Bogota and Mexico City.

"Unaddressed, it will continue to have serious consequences for national and local economies, businesses and citizens in the years to come.

"In order to avoid traffic congestion becoming a further drain on our economy, it is increasingly obvious that authorities need to adapt.

"With the help of new and innovative intelligent transportation solutions, we can begin to tackle the mobility issues we face today."

RAC spokesman Rod Dennis said: "Last year UK drivers told us that they are actually becoming more, not less reliant on using their cars - with struggling public transport cited as one of the reasons.

"This is a serious concern when you consider the limited physical space in our cities and the growing pressures to move large numbers of people around to get to their places of work and leisure."

With such a vast cost to the nation’s economy, it would not come as a surprise to see the development of new road infrastructure rolled out across the country to try and combat this issue. Otherwise, congestion on the road could continue to cost drivers a significant amount.