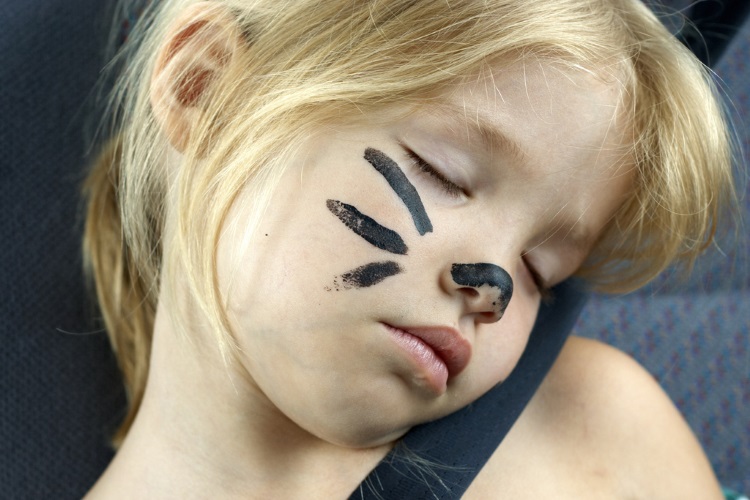 Are you a busy parent? Or do you simply struggle to get a full night’s sleep? In an interesting study, the effect of sleep deprivation has been studied when driving, and the results are quite surprising.

An intriguing study involving triplets has found that driving after a night of disrupted sleep is in some ways as dangerous as driving on no sleep at all.

This is bad news for millions of parents of young children, for whom disrupted sleep is a fact of life.

One, Robert, had a full night's sleep, while his brother Steven had a night broken up by a (very realistic) robotic baby and third triplet, Patrick had zero sleep all night, verified by researchers attached to the project.

The following day they were asked to complete a 90-minute motorway driving simulation at the Transport Research Laboratory in London. Their task was simply to drive at 60mph in lane one, rating their own sleepiness from 1-9 every five minutes.

They also had to flash their headlights in response to a red bar that appeared above the motorway at random intervals for 1.5 seconds at a time.

But Steven's disrupted night of sleep meant he missed the bar's presence entirely 10 times, compared to five for sleepless Patrick. Steven's reaction times were also the slowest in the test, and he spent the most time either over- or under-speeding, despite having had some sleep.

The figures suggest that disrupted sleep could be, in some ways at least, as bad as or worse than going without sleep altogether. However, Patrick's zero-sleep performance was alarming.

While Robert was the only one able to accurately keep a constant speed and stayed in his lane by far the most, poor Patrick left his lane 188 times during the 90-minute session. And Patrick was also judged to have completely mentally disengaged from the driving task 76 times – as bad as falling asleep at the wheel.

Jonathan Warren, Director at Time4Sleep.co.uk, said: “We know sleep is very important and affects our health and wellbeing.

“We wanted to conduct an experiment and find out the impact sleep deprivation can have on driving, to raise awareness and encourage drivers to think twice before getting behind the wheel after experiencing a lack of sleep.”

The campaign ‘Tiredness Kills’ is one familiar with everyone, and it sends the message that not getting enough sleep leads to careless and dangerous driving. The triplets in this study show that this is most definitely the case, but broken sleep can be more dangerous than no sleep at all.  So next time you get behind the wheel ask yourself if you’re as well rested as you could be, and are you safe to drive?