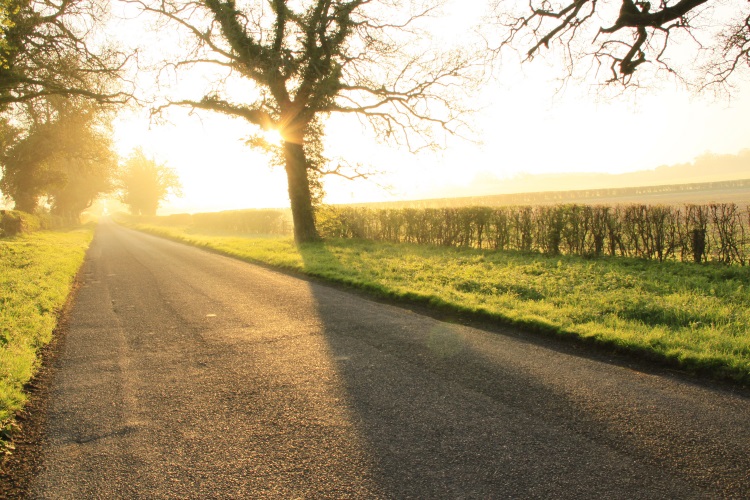 The warm weather has seen a mixture of emotions from the British public. Whilst it’s been wonderful to finally see a glimpse of summer, the heat has been somewhat overwhelming, and unsurprisingly this has taken a toll on our roads.

Gritters were deployed to shore up failing roads as temperatures on the surface reached 104F (40C), causing them to melt.

Cambridgeshire County Council took the decision to deploy the vehicles after motorists complained that their tyres had started ‘ripping the tarmac off the roads.’

Drivers were warned by police to take care on the B1165 near Newton in Cambridgeshire, where the tarmac has melted, and Agnes Owen, who works at a service station nearby, said that it ‘sounded like cars were driving on water.’

"Normally the roads stand the summer temperatures we get, but just this week it's very hot,” she said.

Motorists in Tarleton, Lancashire also discovered tar on their wheels as the roads melted., while some commuters in Croydon refused to use trams after noticing the track appeared to be disintegrating. Transport for London said they had thrown sand down to help protect the rails.

Rory O'Neill, TfL's Director for London Trams, said: "The flexible sealant near the track has been softened by the current hot weather and although it is having no impact on the safe running of the tram network, we appreciate it may look concerning to customers.

"Our engineers are on site and, as is standard procedure, they are applying sand to mitigate the effect of the heat."

Elsewhere pupils were sent home from a school in East Yorkshire after refusing to wear blazers as temperatures soared past 86F (30C).

Kingswood Academy in Hull said the children were defiant over their uniforms, but parents complained that teachers had put their health at risk.

Allergy charities also warned that the hot weather could trigger fatal attacks and said sufferers should stay away from rural areas and avoid leaving windows open at night and early in the morning when pollen counts were at their highest.

“People with asthma need to be on high alert as their airways may already be inflamed from high levels of pollen, which is a trigger for around 80 per cent of people with asthma. Heat and pollen can be a dangerous combination”.

Allergy UK’s Nurse Advisor, Holly Shaw, said sufferers should shower and wash their hair after arriving home to reduce the symptoms and consider staying indoors when the pollen count was very high.

How to cope in hot weather

Thankfully the weather has now cooled, but this doesn’t mean we won’t see another heatwave this summer. Being aware of the temperatures and staying prepared is the best way to stay safe, whether you’re behind the wheel or not.