We’re a nation of lane-hoggers: just 1 in 4 drivers use the inside lane 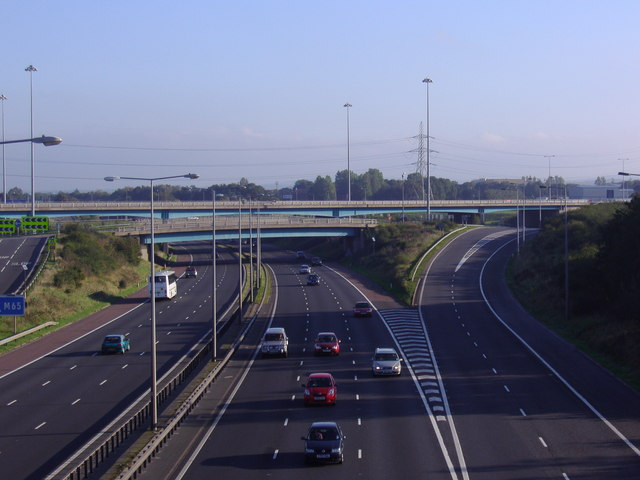 Are you guilty of lane-hogging? Lane-hogging is when drivers choose to use the middle lane, even when the inside lane is relatively empty, and it’s a fineable offense, due to it being considered as careless driving.

Lane-hogging is one of the biggest irritants of British motorists – yet half of vehicles on UK motorways travel in the middle lane despite the inside lane being empty.

That’s according to a new report released today by Direct Line Car Insurance which analysed 70 hours of footage on UK motorways and discovered that only 23 percent of traffic travels in the inside lane.

The subject has hit the headlines in recent years after police introduced on-the-spot fines for careless driving – including lane hogging as well as tailgating and ‘pushing in’.

Drivers spotted driving carelessly by police risked a £100 fine and three penalty points on their licence – more if it goes to court.

Despite the risk of fines, Direct Line’s survey revealed that 43 percent of lane-hoggers don’t bother returning to the inside lane because they know they’ll have to pull out to overtake a lorry or slow vehicle further up the road.

“Our analysis of traffic flows shows that millions of drivers risk prosecution by travelling in the middle and outside lanes when the inside lanes are entirely clear,” said Direct Line’s director of car insurance, Rob Miles.

“It’s important that we increase awareness of the rules and penalties, primarily because they exist to keep road users safe but also drivers face serious fines and endorsements that that will stay on their record for four years.

“Many motorists claim they want to avoid changing lanes to overtake, but this is a crucial skill and in-car technologies such as blind spot and safe distance warnings can help drivers to travel safely. Academics also believe middle lane hogging can increase congestion, as in moderately busy periods people can be trapped in the left hand lane, unable to overtake slower moving traffic.”

A survey last year revealed that lane hogging was the sixth biggest irritant of UK drivers out of 50 – ahead of slow drivers, drivers who don’t say ‘thank you’ and cyclists that run through red lights.

What does the Highway Code say about ‘lane hogging’?

Although a number of changes were made to the driving test last month, learner drivers won’t be allowed on the motorway until later this year. When they are, motorway lessons will be voluntary and may only be carried out by an approved driving instructor in a car fitted with dual controls.

Outside lanes, that being both the middle lane and outside lane, are to be used as overtaking lanes only. Therefore, drivers should always default to the inside lane to allow proper traffic flow, unless of course they’re overtaking. Failure to do so could now result in a fine.