Will a car become your office of choice? 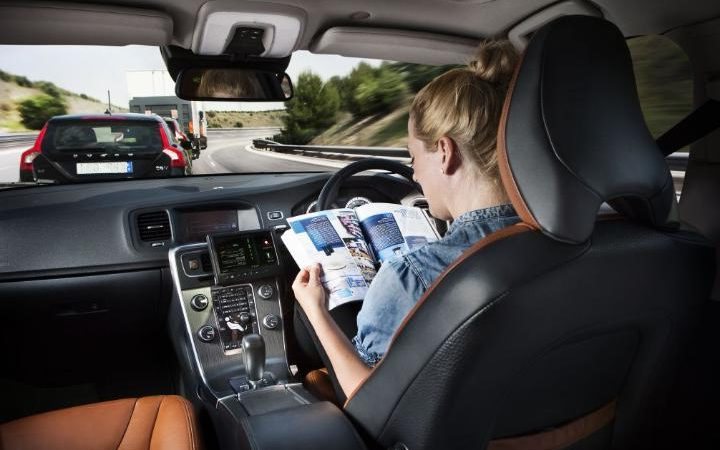 If you have a long daily commute to work, would you be in favour of using that time to be proactive and productive, instead of having to drive?

Audi is the latest brand to raise the autonomous game, having launched its new A8 today which offers Level 3 technology - meaning it's possible to take your hands off the wheel.

That is, if the legal framework in your respective country is in place to do so, which is highly unlikely.

Imagining a future of self-driving where these obstacles no longer apply, Audi has adopted the phrase 'the 25th hour'.

This stems from its research which shows that, worldwide, people spend an average of 50 minutes in traffic each day. So the 25th hour, according to Audi, is the extra hour you can gain back if your car is self-driving.

They've carried out research to discover the perfect setting for passengers to get on with their daily life while the car drives itself.

The car maker split up people's time into a number of categories: productive time (working), quality time (family) and downtime.

It built a capsule emulating a self-driving car's interior and tested 30 "young, techy millennials" to see what distracted them in-car.

This test focused on the best environment for productive time - which means, you can work for another hour in your day just in case you don't do enough already...

So, what did the research find? There were three focuses: sound, light and digital.

Audi found that people were most productive when road noise was blocked out and soothing music such as waterfall sounds were played.

Digital - in this context, when the car windows become screens - was best for productivity when there wasn't too much going on, such as advertising.

None of this is awfully surprising - I know I don't want to see advertising or hear someone else's music choices when I'm working - but it does demonstrate a vision of how we might work in the future.

So, would the inside of your car become a better office space than an actual office, completely personalised to your preferences, and with no distractions?