Where do the 2019 general election parties stand on motoring? 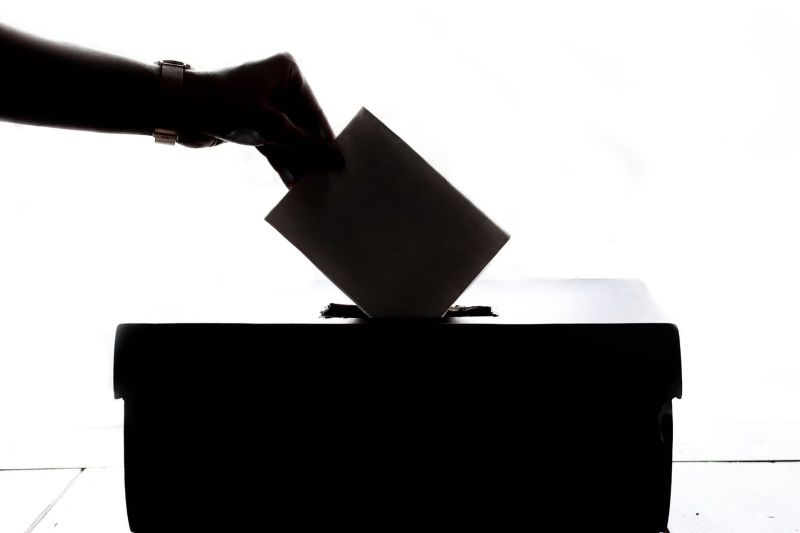 With the general election looming, what would each party aim to do for the UK in terms of motoring?

Conservative leader and incumbent Prime Minister Boris Johnson called this General Election in the hope of winning a majority in the House of Commons, enabling him to pass his new Brexit deal and lead the UK out of the EU. As such, this is mostly what he’s been talking about so far in the campaign.

Johnson has discussed some of his plans for post-Brexit Britain, though, having made a speech at the LEVC (London Electric Vehicle Company) factory in Coventry, where he talked about his proposed “green energy revolution”.

As part of this policy, Johnson promised that a future Conservative Government would invest an additional £500 million in fast-chargers for electric cars and vans, promising no driver will be more than 30 miles from an EV charger.

Labour leader Jeremy Corbyn pulled some dramatic policy rabbits out of his hat at the last General Election and looks set to do the same this time around, with Shadow Chancellor John McDonnell having already announced plans for free superfast broadband in every home.

Although it has made no promises to drivers via the official channels, internal Labour party documents allegedly obtained by the Conservatives have revealed a few of the motoring-related policies Corbyn is said to be considering putting in his party’s manifesto.

According to these documents, Labour wants a 60 per cent reduction in vehicle mileage with a “large and rapid” shift away from car use, helping the party achieve its goal for the UK to have net zero carbon emissions by 2030 - 20 years earlier than the current Government’s target.

Other policies mentioned in the alleged document include increases to fuel duty, a road pricing scheme, a workplace parking levy, a reduction of motorway speed limits to below 70mph, and the cancellation of all new road-building schemes.

In response to the leaked documents, Conservative Transport Secretary Grant Shapps said: “Corbyn is coming for your car and will exhume the last Labour Government’s war on the motorist.”

The Liberal Democrats’ leader Jo Swinson has tried to position her party as the obvious choice for those wanting to keep the UK inside the EU, with plans to revoke Article 50 and cancel Brexit without holding a second referendum.

Therefore, as with the Conservatives, Brexit is the key focus of the Lib Dems’ campaign, meaning most of their other policy ideas won’t be revealed until their manifesto is launched at some point later in the campaign.

One motoring policy the Lib Dems do have planned, though, is to bring the 2040 ban on the sale of all new conventional petrol and diesel cars forward to 2030, as part of plans to expedite the UK’s move to net decarbonisation.

Leader: Nicola Sturgeon
Slogan: “It’s Time to Choose Our Own Future”
Manifesto: Not yet released

Another party with a clear anti-Brexit stance, the Scottish National Party wants to hold a second referendum on Scottish independence with the aim of pulling Scotland out of the UK and then applying for membership of the EU separately to England, Wales and Northern Ireland.

With all this on its plate, the SNP hasn’t yet made any motoring-related policy pledges. Earlier this year, though, the party did make a budget agreement with the Greens in the Scottish Parliament, one of the conditions of which was the promise to allow councils in Scotland to implement workplace parking levies if they wished to do so.

Leader: Nigel Farage
Slogan: “Change Politics for Good”
Manifesto: Will not be released

The Brexit Party won the European Elections in May 2019 and has been gearing up to contest a General Election ever since. Recently, though, party leader Nigel Farage agreed to not to field any candidates in seats won by the Conservatives at the 2017 General Election. As a result, the Brexit Party is only contesting a relatively small number of seats across the UK.

If the 2019 General Election results in a hung parliament with the Conservatives as the largest party, however, The Brexit Party could end up as the only group in the House of Commons willing to form a coalition with them.

Nigel Farage has already said the Brexit Party will not be releasing a manifesto. It has announced some transport-related policies, though - party chairman Richard Tice said they intend to scrap the HS2 rail project and instead use the money to “invest in the regions and in infrastructure projects which benefit areas other than London”. What this may mean for the motorist is as yet unknown.

Green Party of England and Wales

Co-leaders: Jonathan Bartley and Sian Berry
Slogan: “Leading the Fight for Climate Action, a People's Vote, a Fair Society for All”
Manifesto: Released

The Green Party’s main issue of concern is the environment and this is what guides the majority of its policies. With this in mind, co-leaders Jonathan Bartley and Sian Berry launched their manifesto with plans for a ‘Green New Deal’.

As part of this policy, a new ‘Carbon Tax’ will be imposed on all fossil fuels, including petrol and diesel, and new road-building schemes will be halted, with the party pledging to make travel by public transport cheaper than driving a car.

The Green Party wants to bring the 2040 ban on the sale of all new conventional petrol and diesel cars forward to 2030. The manifesto also describes plans to create a network of EV charging points by requiring their construction through the planning system and “encouraging” the private sector to continue installing them.

Plaid Cymru (The Party of Wales) advocates Welsh independence from the UK within the EU, in the same way the SNP does with Scotland. Earlier this year, Plaid expressed concerns that the UK was being left behind when it came to the adoption of EVs and the infrastructure to support them, calling on the Welsh Government to do more to get drivers into ultra-low emission vehicles.

Plaid has also complained in the past that Wales has been “short-changed” when it comes to transport infrastructure funding. In addition, it takes a mixed view on the building of new roads, having supported some projects while opposing others.

Having propped up Theresa May’s Conservative minority Government via a confidence and supply deal in the wake of 2017’s unexpected General Election result, the Democratic Unionist Party fell out with her replacement Boris Johnson when they refused to back his new Brexit deal, which leader Arlene Foster felt wasn’t to the benefit of Northern Ireland.

On matters of transport, the DUP has previously supported investment in new road-building projects, as well as in improving public transport. While there should be more detail in the party’s manifesto, Foster’s key aims will no doubt be making the party’s voice heard in the ongoing Brexit debate and resolving the breakdown in the power-sharing arrangements at Stormont.

Leader: None
Slogan: “Time to Get on with Brexit!”
Manifesto: Not yet released

With leader Richard Braine having resigned right at the start of the 2019 General Election campaign, it’s fair to say the UK Independence Party is at a bit of a disadvantage. That said, it has announced it will contest a handful of seats on 12 December.

UKIP is another party that has a section on its website dedicated to transport policy. Here, the party says it wants to scrap all road tolls in the UK and block the introduction of any form of road pricing, arguing that “road users are already overtaxed and should not be paying twice to use our roads”.

Another one of UKIP’s motoring policies is to abandon the rollout of smart motorways altogether, and instead put the money towards fixing potholes. Additional parking fees and low-emission zone charges that are “discriminatory” towards owners of diesel vehicles would also be abandoned by the party. Finally, UKIP has pledged support for improving the UK’s EV charging infrastructure and developing autonomous vehicles.

For some, choosing who to give their vote to in December may be tricky and the effect motoring policies may have on drivers could make this an even more difficult decision. 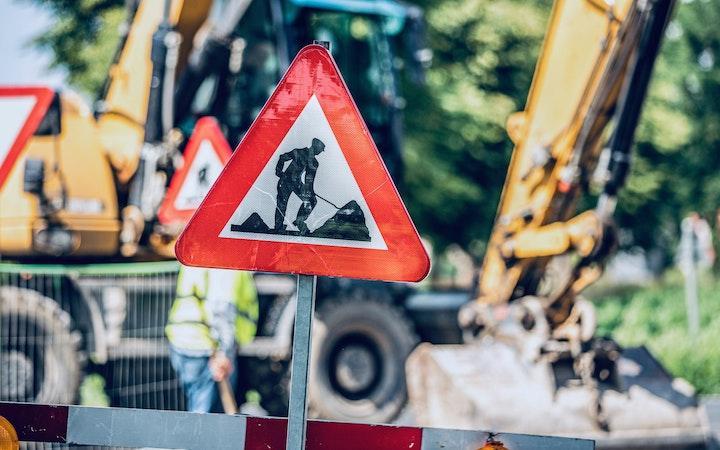 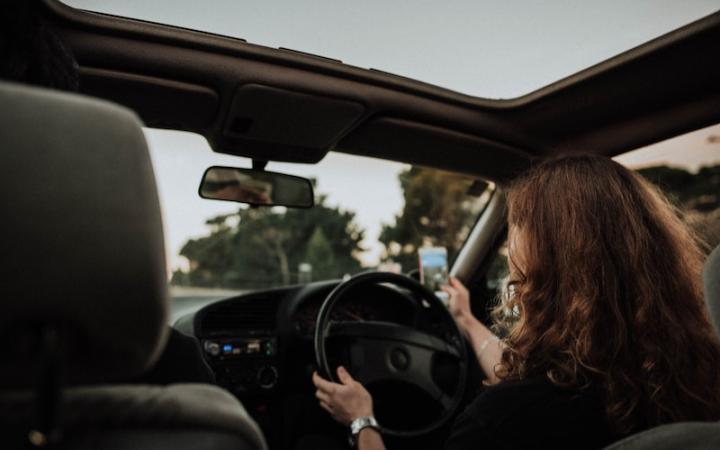 Driving Laws
Since the ease on lockdown restrictions, there has been a surge in driving lessons
Friday 24th July 2020
It’s important that people can begin learning to drive again and can feel safe and confident whilst doing so. So thankfully, lessons have begun again.
Read More